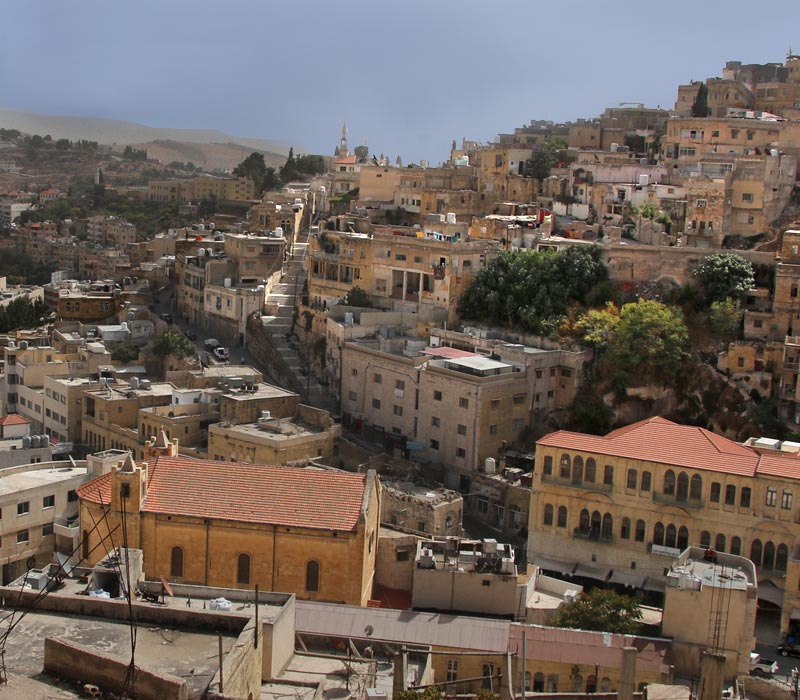 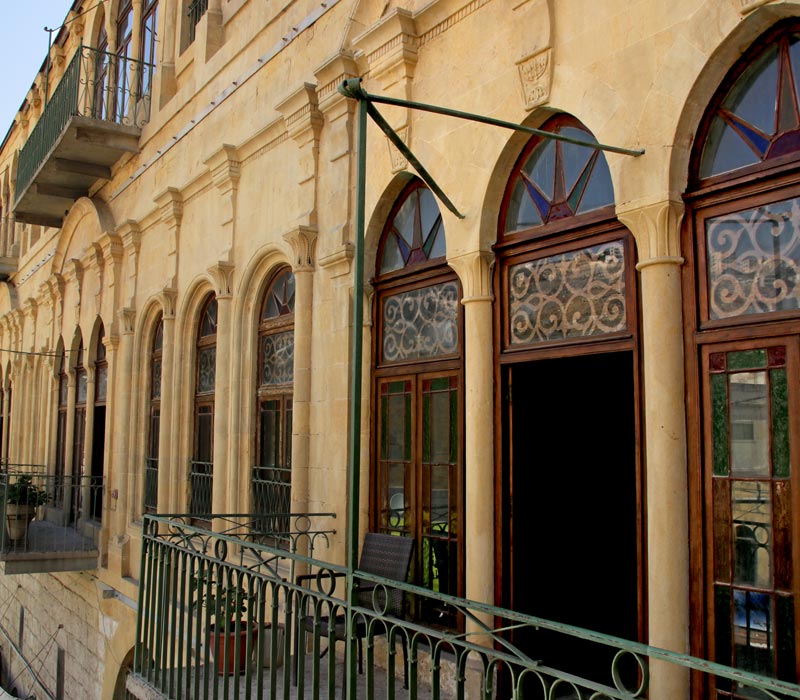 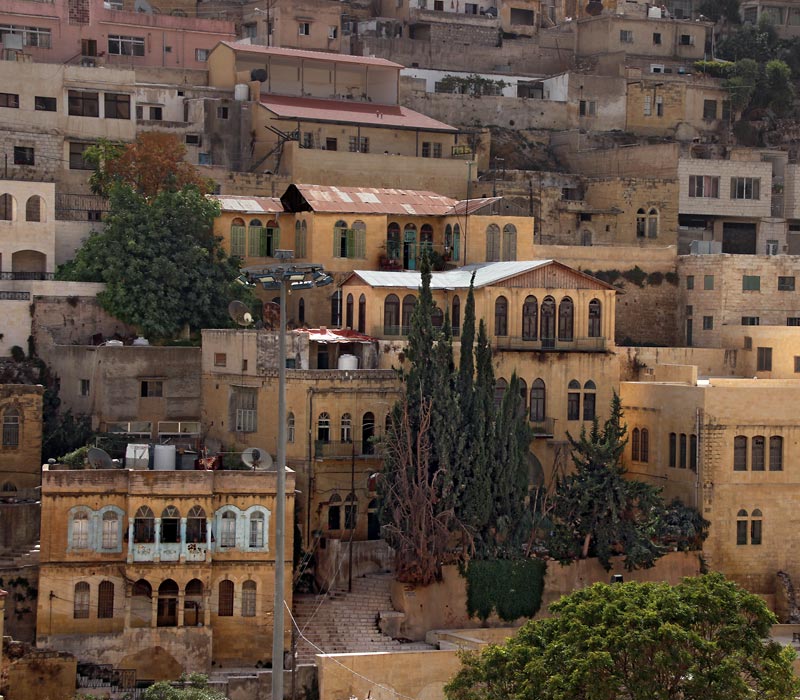 On 27 July 2021, the Committee of UNESCO inscribed the city of As-Salt on the World Heritage List, highlighting it as "Place of tolerance and urban hospitality".

Built on three closely-spaced hills in the Balqa highland of west-central Jordan, the city of As-Salt, was an important trading link between the eastern desert and the west. During the last 60 years of the Ottoman period, the region prospered from the arrival and settlement of merchants from Nablus, Syria, and Lebanon who made their fortunes in trade, banking, and farming. This prosperity attracted skilled craftsmen from different parts of the region who worked on transforming the modest rural settlement into a thriving town with a distinctive layout and an architecture characterized by large public buildings and family residences constructed of local yellow limestone. The site’s urban core includes approximately 650 significant historic buildings exhibiting a blend of European Art Nouveau and Neo-Colonial styles combined with local traditions.

The city’s non-segregated development expresses tolerance between Muslims and Christians who developed traditions of hospitality evidenced in Madafas (guest houses, known as Dawaween) and the social welfare system known as Takaful Ijtimai’. These tangible and intangible aspects emerged through a melding of rural traditions and bourgeois merchants’ and tradespeople’s practices during the Golden Age of As-Salt’s development between 1860s to 1920s.

As-Salt city, capital of the Balqa Governorate, tightly built on three hills (Jada'a, Qala’a and Salalem) with a central plaza at the valley floor, is just a half hour drive from Amman. The historic center, with its fine Ottoman architecture of yellow sandstone, narrow alleys and stepped passages, unfolds a distinctive townscape, unique in Jordan, which welcomes visitors to explore it on foot, diving into a rich history and lively traditions. 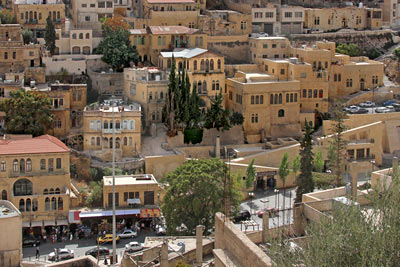 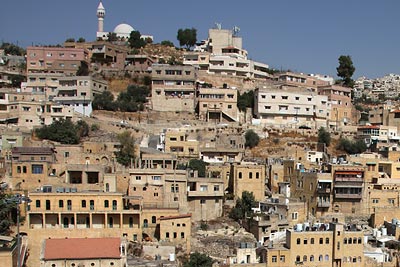 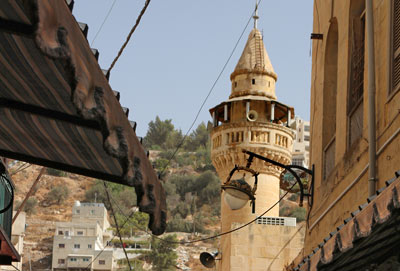 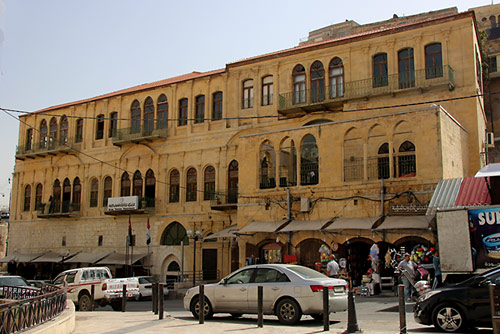 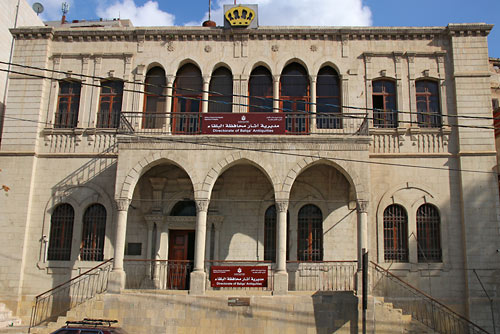 Occupied since the Iron Age, due to the mild climate, rich water source and fertile land, As-Salt became one of the most important settlement between the Jordan Valley and the Eastern Desert. It was called Saltus (forest) by the Romans, and Gadaron in the Bizantine Era.

In the 19th century, during Ottoman rule, it was the center of lucrative trading between the region and the main cities of Palestine, and benefited from its position on the Syrian pilgrimage route to Mecca. Between 1865 and 1925, As-Salt was transformed from a rural settlement into a prosperous city with the arrival of merchants from Nablus, Syria and Egypt. This new entrepreneurial class consolidated a thriving and tolerant society, respectful of different religions, who invested in businesses and in representative residences. Among the stone masons and architects who helped build the new city, Abdel Rahman al Aqrouq from Nablus (1851-1944) became the leading personality of a group of builders, stonecutters and craftsmen, who followed his charismatic character and original ideas. They incorporated European references and Middle-Eastern traditions in the buildings that –combined with their technical skills and individual tastes– created As-Salt's distinct architecture.

With the end of the First World War, and Ottoman rule, Emir Abdullah Bin Al Hussein declared the establishment of Transjordan in 1921 in As-Salt, and the city served as the first capital for the young state. After Amman finally became the Jordan's capital, the golden days of As-Salt ended, and as a result, it never experienced a modernization boost, and could therefore maintain a large part of its historic fabric.

As-Salt’s architectural heritage, with more than 600 historical buildings, many of them with domed roofs, interior courtyards, and characteristic tall, arched windows and fine ornamental elements, was reappraised in 1984 and 1990. Since then, several restoration and development projects have been carried out and continue today, also in cooperation with foreign institutions.

Visit As-Salt
Official website incl. online booking of walking tours and experiences, as well as information on the city and where to eat and to stay.