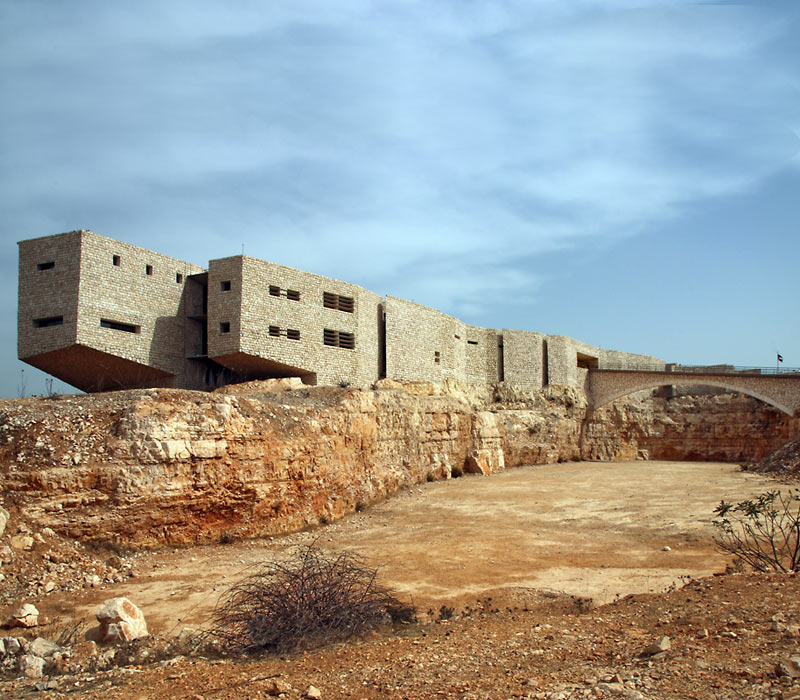 Surrounded by the Ajloun Forest Reserve, rising above the exposed cliff of an old quarry, the Royal Academy for Nature Conservation is the first center in the Arab world specialized in offering training on the protection of nature and sustainable development.

The Center is open for visitors, who besides of getting acquainted with its activities and educational programmes, can enjoy the restaurant overlooking the forest, and buy beautiful handicrafts and traditional food produced by local communities.

The Academy's building is one of Jordan's contemporary architectural gems. Ammar Khammash, a 2019 laureate of the Global Award for Sustainable Architecture, proposed this abandoned quarry as location, with the philosophy of using parts of nature which have been injured by man in the past, instead of adding a new intervention on virgin land.

The Ajloun Forest Reserve was established in 1987 by the Royal Society for the Conservation of Nature (RSCN). The reserve protects an area of 13 km2 with a wide range of plant and animal biodiversity, supports the neighbor communities, designs public awareness programs, features hiking trails of various lengths and difficulty, and offers accomodation all year round in comfortable wooden cabins.

In the late 1980s-1990s, the Jordanian Government decided to stop many functioning quarries for a variety of environmental reasons. The abandoned quarries remained as untreated wounds and abandoned cuts in the landscape, with no serious land reclamation efforts. Ammar Khammash decided to celebrate the quarry instead of erasing it, by using this man-made artificial exposed cliff to the advantage of the project.

The building follows the quarry line very accurately creating a linear addition of constructed stone to the bedrock. The total fill elevation adds up from the ratio of one third added layer of construction on top to two thirds bedrock.

The massive southern elevation, which is the most dramatic of all, consists of very small windows with giant vertical blade-like stone cracks shearing into zero width. Those cracks bring light into the vertical circulation areas and the hidden bathroom gardens. The shearing cement in the walls thins down to zero in width, causing the knife edges to crack and act upon their material character.

Arriving to the building after crossing a bridge spanning 30 meters over the quarry gap (the longest masonry arch in Jordan and probably the region and is equivalent in diameter to Hagia Sophia’s dome), the building welcomes you at the exact middle contact point between the restaurant's dining room to your right, and the academy to your left. There, the quarry rock acts as the main foundation.

The corridors are defined by a crack in the ceiling that lets natural sunlight in and guides the visitor to the rest of the academy. The building has a very basic treatment of materials. It is made from Ajlouni lime stone from the site's quarry and other quarries that share the same strudel of rock. In the lecture hall, plain concrete block is used for acoustic buffering and insulation in addition to straw in the wall sections. Cuts in the walls were kept exposed without plastering, which shows in the openings of the hall.

On the opposite side of the building facing the forest which was not affected by quarrying activities, the academy touches the forest with a beautiful handshake. The building hovers over the forest and barely touches it. It has minimal footprint as the foundation columns cantilever tilts at 45 degrees above the forest floor, and cantilevered terraces with blade-like edges floats –almost like paper- above trees canopies. 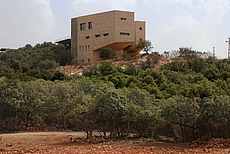 West and north side 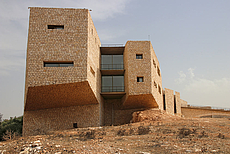 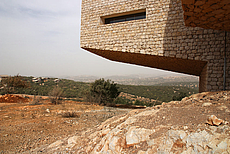 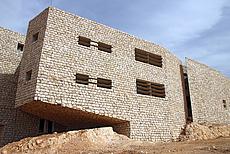 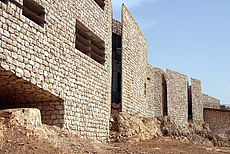 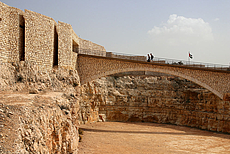 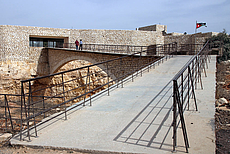 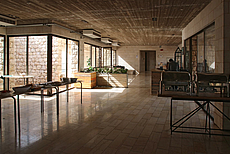 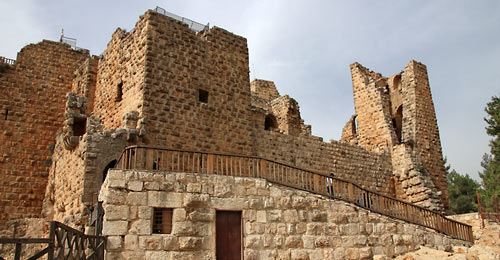 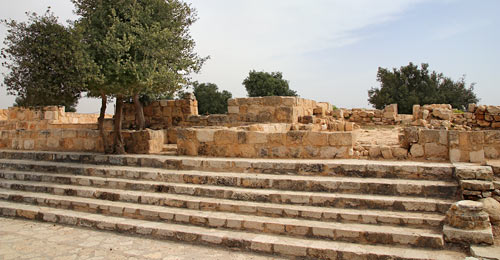