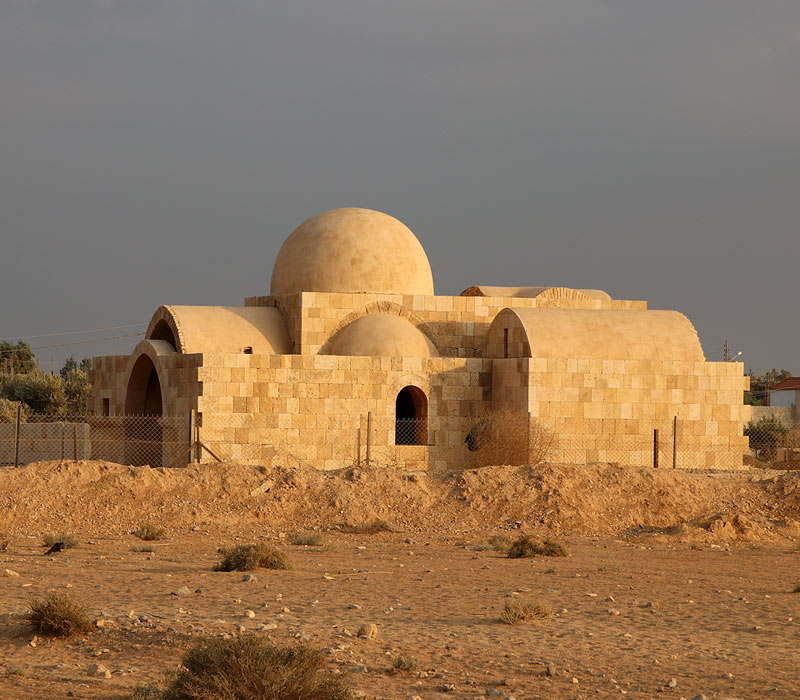 In order to expand and consolidate their domination in the region, the Umayyad caliphs cultivated a strategy of political representation where art and architecture played an important role. In their bath-house ensembles, they combined the functional and social value of bathing practices with their political interests, using them as a venue for audiences and receptions for local tribal leaders, seeking their political and military support.

Hammam al-Sarah, related to the palatine complex of Qasr al-Hallabat, 3.5 km further West, is composed of a bath-house with adjoining audience hall and hydraulic system, and a walled garden. The mosque was erected at a later time.

The caldarium (heated room) is covered with a dome on pendentives, and flanked by two lateral semi-circular recesses, pierced with arched windows and covered with semi-domes. Although strikingly similar to that of Qusayr Amra in plan, Hammam al-Sarah's bath-house evidences a better construction technique.

To the east of the building are the remains of a well, water wheel (sāqīya) and elevated water tank. Foundations of a large walled garden with fountain basin can still be seen surrounding the complex.

(Summarized from an essay by Ignacio Arce, Director of the Spanish Archaeological Mission to Jordan, who conducted the latest restorations.) 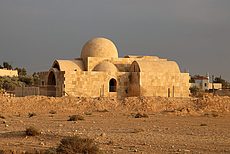 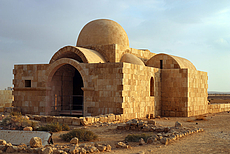 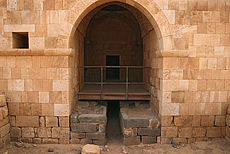 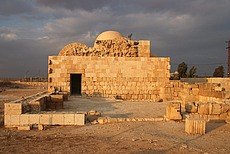 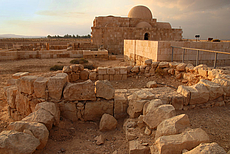 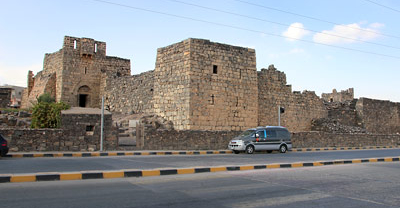 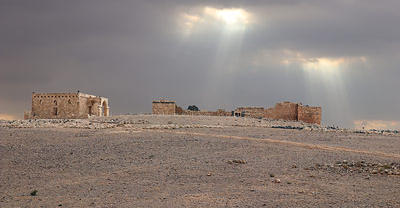