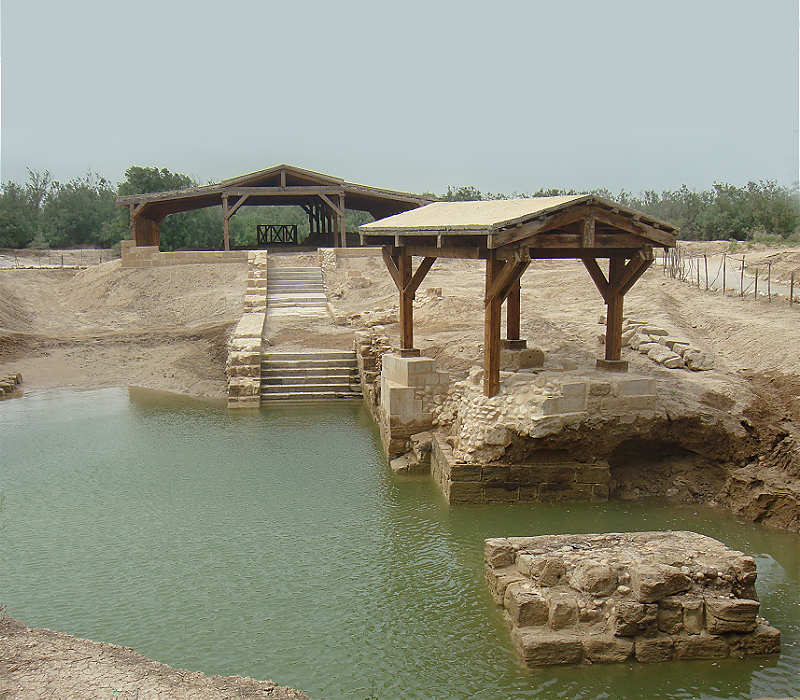 The archaeological site on the eastern bank of the Jordan River, about 9 km north of the Dead Sea, is of immense importance to Christianity because it is recognized as the place where Jesus of Nazareth was baptized by John the Baptist. For a long time, there have been disputes about whether this key event could have taken place on the western or eastern side of the Jordan River, but analyses of biblical and historical sources, as well as archaeological research, support the location of the site in what is now Jordan. This has also been confirmed and honored by the visit of three popes and the statements of high church dignitaries.

The Baptism Site "Bethany Beyond the Jordan" (Al-Maghtas) consists of two areas connected by the densely vegetated Wadi al-Kharrar: Tell Al-Kharrar, also known as Jabal Mar-Elias (Elijah's Hill), and the area 2 km away from it, directly on the river, with churches, baptismal fonts and remains of ancient religious buildings. Extensive archaeological excavations by the Department of Antiquities of Jordan since 1996 have uncovered and investigated many evidences from Roman and Byzantine times as well as from the Middle Ages. These include a monastery, churches, chapels, water installations, several pools, caves and other dwellings of hermits and monks, still active springs, lodgings for pilgrims and visitors. The pilgrimage site was a stop on the early Christian pilgrimage route from Jerusalem via Jericho through a ford in the Jordan River to the biblical sites in the Transjordan, which include Al-Maghtas, Mount Nebo (where Moses died) and Madaba. Even today, the site is a much-visited pilgrimage destination for Christians who are baptized there.

(Summary by Universes in Universe from different sources. More detailed information and photos will follow as soon as possible.) 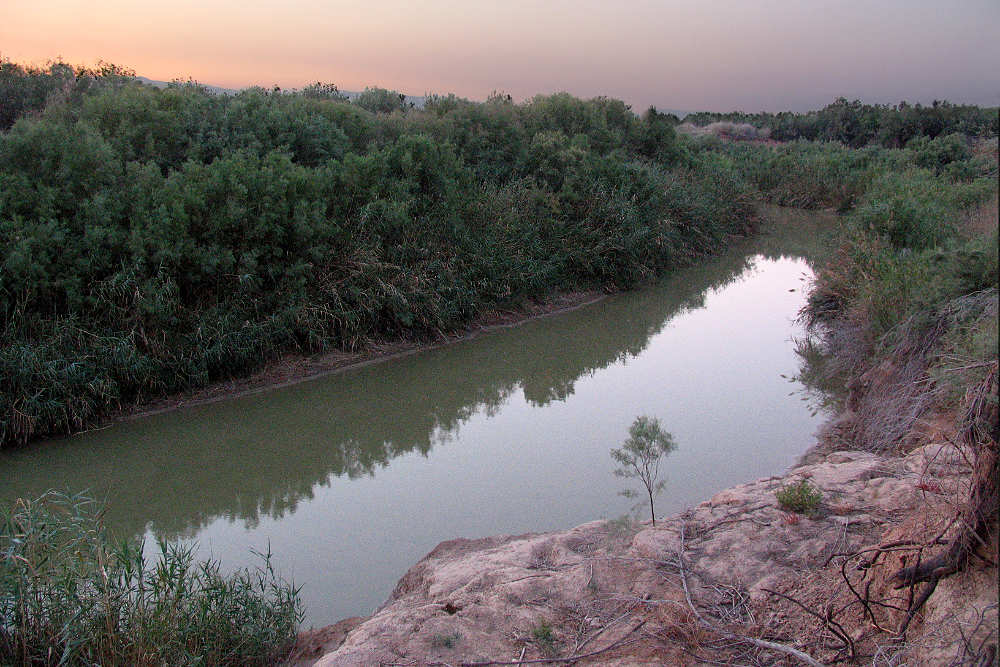 The Jordan River at Bethany Beyond the Jordan.
© Photo: Haupt & Binder, Universes in Universe

Baptism Site "Bethany Beyond the Jordan"
From the city center of Amman to the entrance it is approx. 50 km.
About 35 km from Madaba.
Location on map