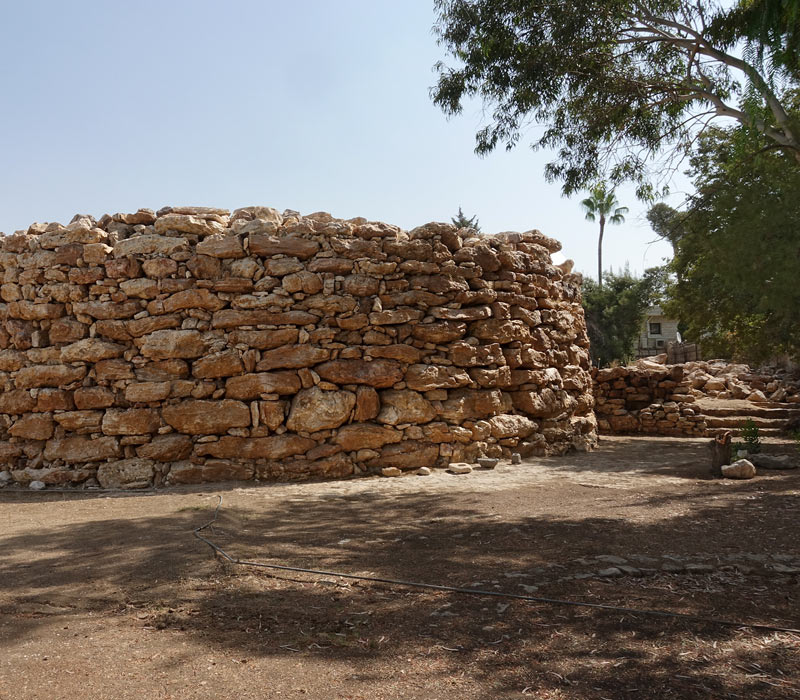 Rujm al-Malfuf (North) is one of the largest and best preserved tower complexes in the greater district of Amman, with a diameter of ca. 22 m and a preserved height of ca. 5.5 m. The round tower and its annex, which is preserved only in its foundations, were constructed of large limestone slabs. The tower consisted of several rooms and at least two floors. Elaborate substructures hint at a complex ventilation system. The entrance to the tower was probably located in the annex.

Pottery-finds (e.g. Eastern Sigillata A) and characteristic architectural elements (Roman-Byzantine corbel arching) clearly date the complex to the Roman period. Comparisons with 18 other towers in the greater vicinity, however, hint at an earlier construction or use of Rujm al-Malfuf (North) most probably during the Iron-Age II, the so called Ammonite period (first half of the first millennium B.C.).

The precise function of these towers, which were located between 1,5 and 24 km outside of modern "Downtown Amman" is not yet clear. Multifunctional purposes, depending on the actual phase of usage and the needs of the users, are very probable. During the Ammonite period for example, it is more probable that these towers served as agricultural installations or farmsteads rather than as watch- or signal-towers. The same can be assumed for comparable installations in the vicinity of Madaba and Irbid as well as in Palestine. 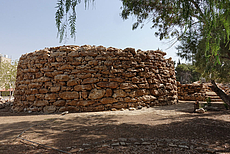 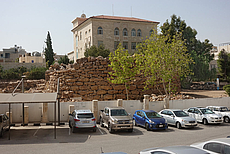 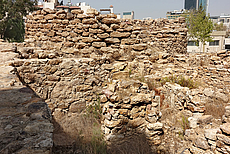 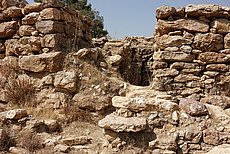 Wall of the tower 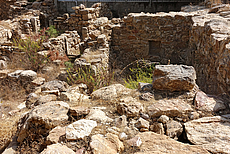 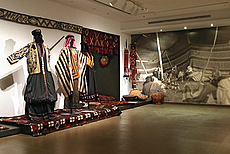 From Downtown to Tiraz