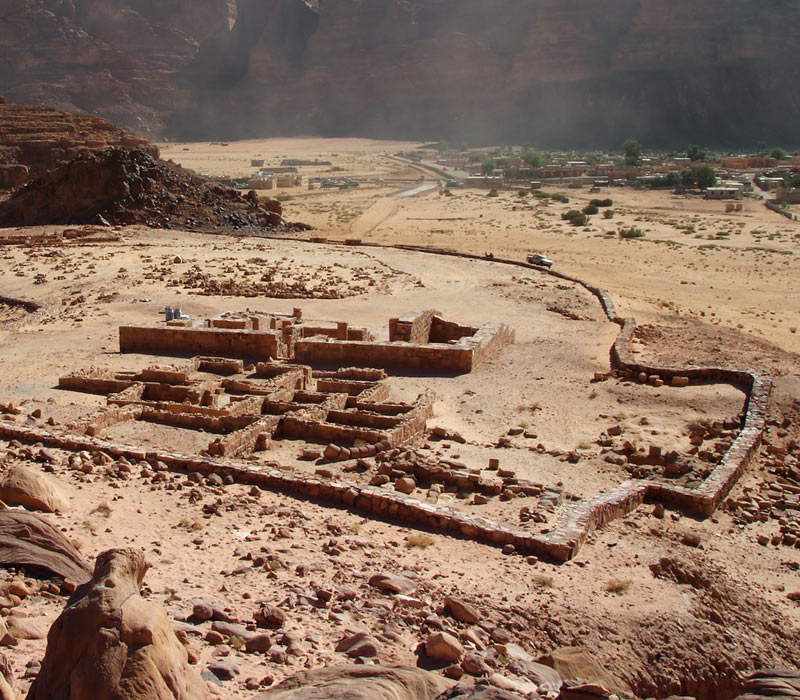 Wadi Rum became a Nabataean outpost on the trading route between Saudi Arabia and Petra in the last century BC. Remains of several Nabataean constructions (including shrines, reservoirs and dams) have been uncovered. At the foot of Jabal Rum, in walking distance from the modern Rum Village, are the ruins of a Nabataean temple, adjoining palatial residence and luxury bath complex.

According to several rock inscriptions, the temple was dedicated to Allat, sister goddess of aI-‘Uzza (venerated in Petra), and equated with the Greek goddess Athena and the Roman Minerva. The Nabataean inscription recorded by Savignac in 1932 that relates Wadi Rum with the ancient name of Iram mentions "Allat, the goddess of Iram, for ever.” But a Thamudic dedicatory inscription found on a reused block in the temple indicates that there was an earlier sanctuary to the same goddess built by other nomadic tribes.

The Nabataean structure is dated to the late first century BC to early first century AD. It resembles other Nabatean sanctuaries, like the Temple of the Winged Lions in Petra. In the first architectural phase, probably during the reign of Aretas IV, a rectangular podium was erected, with sixteen columns crowned with Nabataean capitals. Originally free-standing, they were later connected by screen-walls, which still exist on three sides of the monument. The podium is accessed through a narrow stairway with seven steps. The central shrine, raised 60 cm above the podium, was open on its eastern side. In front of it, the flooring of the podium was covered with hexagonal sandstone slabs.

Under Rabbel II, eight rooms were added, as well as two staircases in the rear angles, providing access to a partially terraced roof. Behind the temple and following its general orientation can be seen the remains of a large complex of 20 rooms, probably built during the latest phase of the temple. The temple is thought to have also functioned as a civic and administrative center.

About 50 m northeast are the remains of a Nabataean residence with more than 28 interrelated structures, including a Roman-style bathing suite. Constructed during the last phase of the temple, this Eastern Complex is believed to have been a palatial residence of a religious dignitary. Certain areas were probably designed for public use. The core of the villa consisted of two rectangular units, two courtyards, and a lobby area at the main entrance. The building used to be richly decorated with polychromed molded plaster.

Remarkable is the existence of a bathing facility incorporating the latest trends in Roman thermal technology of the time. It included an apodyterium (changing room), tepidarium (warm room), and caldarium (hot room) heated through a hypocaust, a furnace below the floor. The walls were covered with hollow tiles (box-flues) to allow the hot air to heat them as well. At the end, the bathers could fully immerse themselves in a basin of cold water in the frigidarium. The material quality and craftsmanship with which the whole suite was constructed is exemplified by a room with circular interior that still can be seen, probably an unctorium (a room to get anointed.) As Dennine Dudle and M. Barbara Reeves point out, the Eastern Complex at Wadi Rum reveals the "luxurious conditions that could flourish in Jordan's desert during the last century of the Nabataean kingdom." [1]

1. Dennine Dudle and M. Barbara Reeves: Luxury in the desert: A Nabataean palatial residence at Wadi Ramm. Published in "Crossing Jordan - North American Contributions to the Archaeology of Jordan," 2007 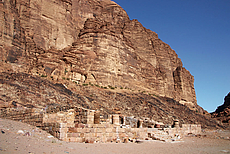 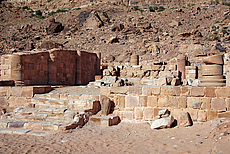 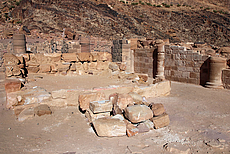 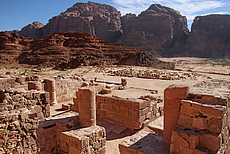 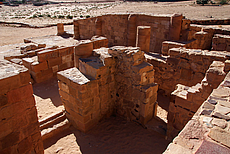 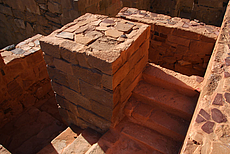 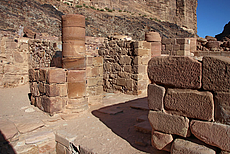 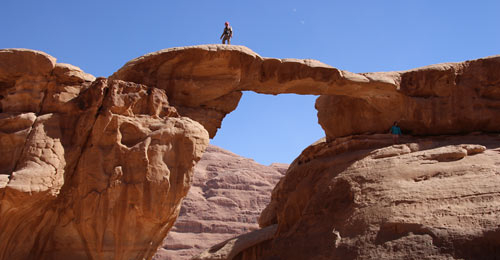 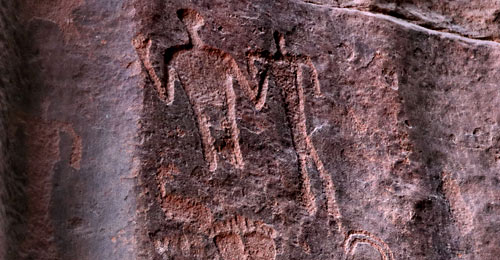