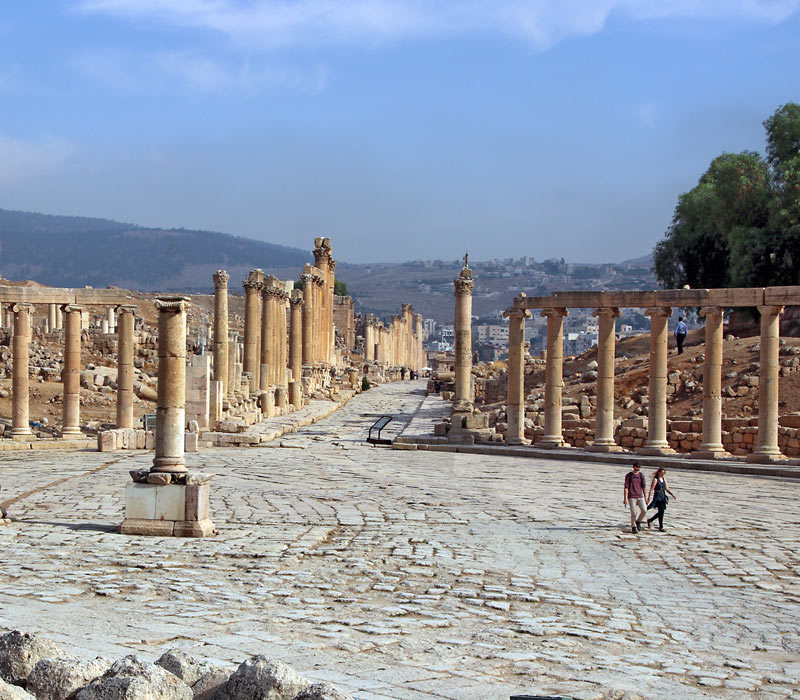 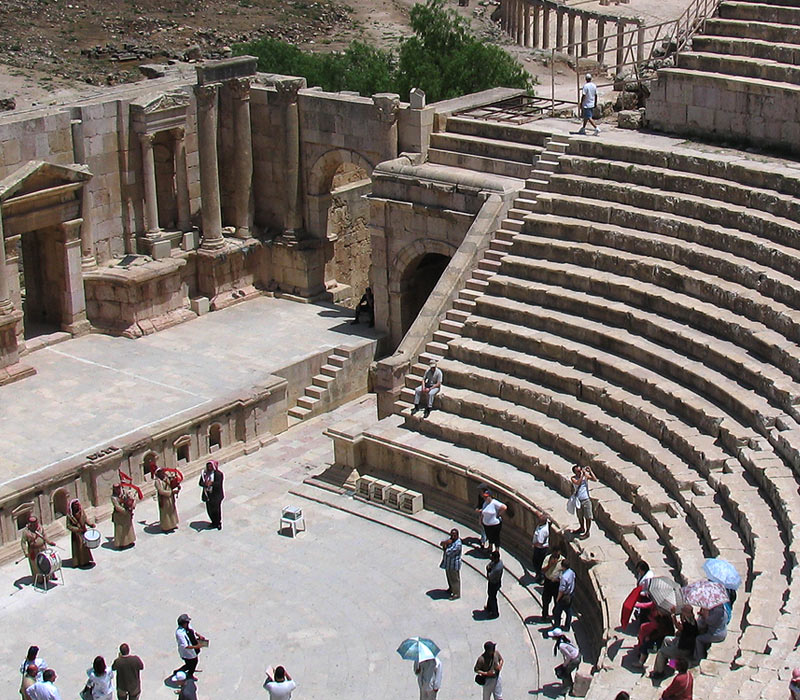 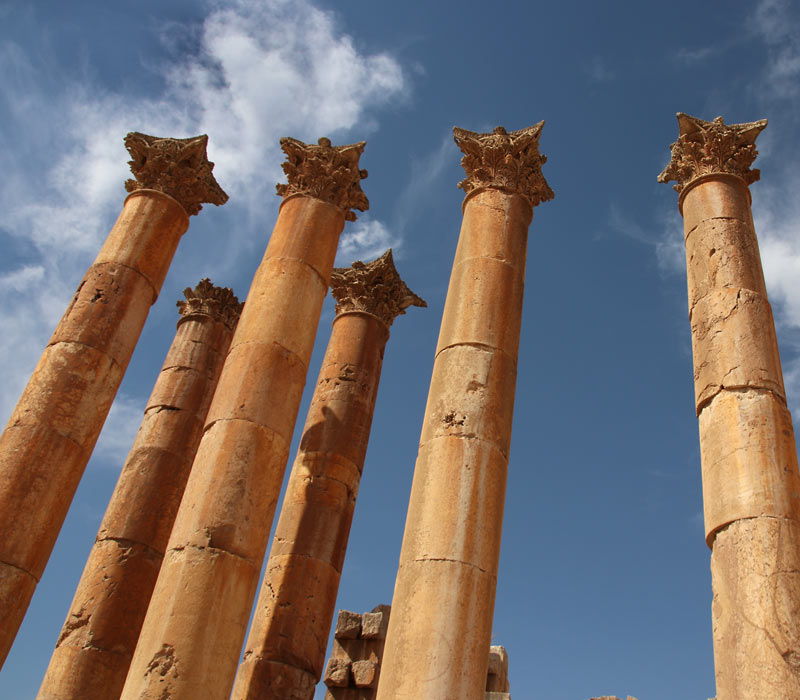 Gerasa in present-day Jerash is one of the largest and best-preserved late antique cities in the Middle East. Magnificent colonnaded streets and plazas, triumphal gates, two imposing temple complexes and amphitheaters, the remains of numerous early Byzantine churches and Umayyad buildings in the hilly landscape along a wadi, make Gerasa one of Jordan's favourite destinations. 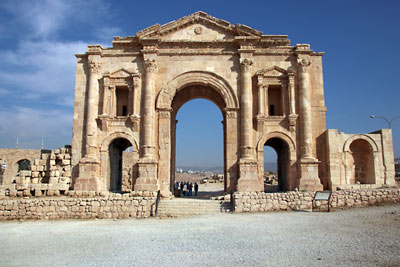 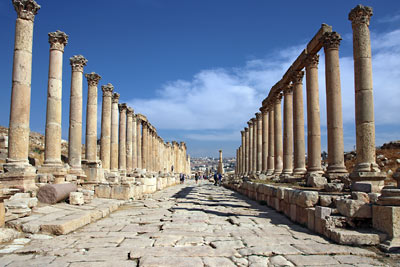 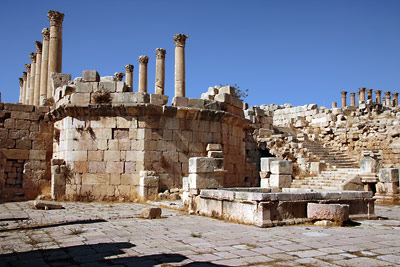 One of the largest and best preserved ancient bathing complexes in the Orient. On the eastern bank of Wadi Jerash, outside of the fenced archaeological site. 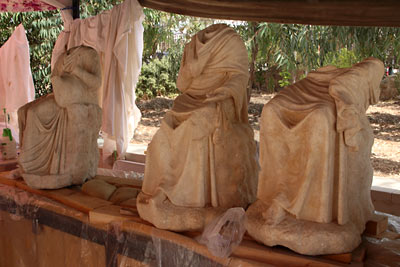 Jerash is the Arabic version of Gerasa, which in turn was a Hellenized form of the original Semitic name Garshu.

Jerash-Gerasa is located in a fluvial valley in the middle of a green hilly landscape with fertile soils. The agricultural use of the area was already a basis of prosperity in ancient times. Another lucrative source of income was the iron ore mines in the northern Ajloun mountains. Gerasa also maintained prosperity through ceramic manufacture and its trade during the Byzantine period. Thus, a small settlement developed into the magnificent Greek-Roman city complex of the 2nd century AD, to which almost twenty Byzantine churches were added by 600 AD, and then numerous Umayyad buildings in the 7th century.

Ancient Gerasa is divided in two by the Jerash Wadi. On the east side used to live most of the inhabitants, while the west side was the religious, administrative and economic center. This western part of the city has remained so authentically preserved, because it was abandoned by the inhabitants after the severe earthquake of 747 AD, and for ten centuries, hardly any structural or other interventions were done there.

2nd century AD
Gerasa became prosperous particularly through agriculture on the fertile soils of the surrounding area, and iron ore mining in the hilly region of Ajloun. Like other Decapolis cities, Gerasa benefited from the expansion policy of the Roman Emperor Trajan (ruled 98 - 117 AD), who sealed the end of the Nabataean kingdom in 106 AD, incorporating it into the Provincia Arabia. In the following years, new trade routes emerged, such as the Via Nova Traiana, completed in the year 114, a 430 km long north-south connection between Bostra in the Hauran region and Ayla on the Gulf of Aqaba.

3rd / 4th century
Turbulent times began in the 3rd century, and the building activity in Gerasa stopped to a large extent. The Roman Empire was shaken by internal struggles, and in its Eastern regions it was confronted, time and again, with military clashes with the Sasanian Empire (Persia).
From the end of the 3rd to the Mid-4th century, the city wall -started between 50 and 75 AD- was fortified and extended. It used to enclose the ancient Gerasa on both banks of the Wadi Jerash, and was 3460 m long.

Jerash - Gerasa
One of the largest and best-preserved late antique cities in the Middle East.
Approx. 50 km north from Amman city center.
Location on map