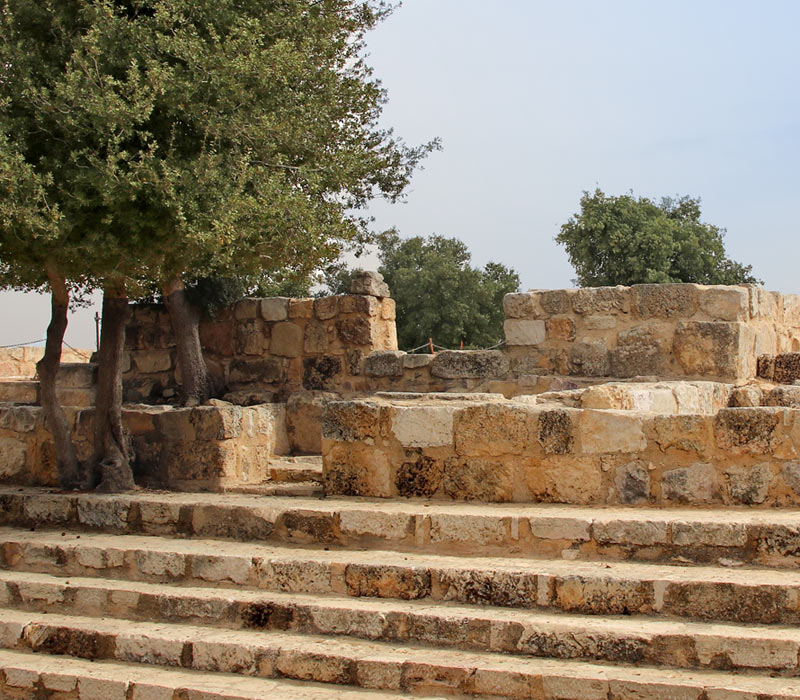 Tell Mar Elias and the nearby village are associated with Tishbe, mentioned in the Bible as the residence and possibly even birthplace of Elijah, a prophet venerated by Jews, Christians, and Muslims.

From the parking and visitor center, modern stairways ease the access to the archaeological remains of two churches and adjacent buildings on the top of the hill. First, at a lower elevation, is the smaller of the churches, from which the apse can be distinguished facing the rock. It is supposed to be older one, probably from the 6th century AD.

The stairs lead then to a large atrium and entrance to the main church. The building overlooking the beautiful hilly landscape can be imagined recognizing its foundations. It has a surface of 33 x 32 m, with the main apse to the East, remains of columns dividing it into three aisles, and lateral apses which give the temple the shape of a cross.

Mosaic of floral and geometric designs covered the floor, the remains of which are protected by tarpaulins and sand. An inscription found on the mosaic floor invokes Saint Elijah to bless the presbyter and his wife, indicating 622 AD as the year of the floor laid out.

Northwest is a baptistery probably built much later, also with its floor covered with mosaics. A series of rooms to the southwest could have belonged to a monastery with graves in a chamber that can be reached through a stair cut in the bedrock. Wells and cisterns for the water supply have been uncovered on the site as well.

The colorful pieces of cloth tied to the trees on the site left by pilgrims reveal that still until today, Tell Mar Elias is revered as a holy place. 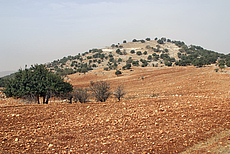 View of the hill 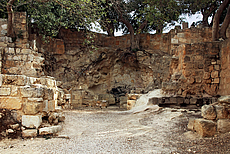 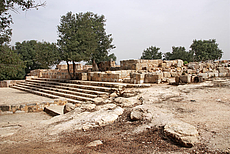 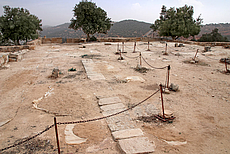 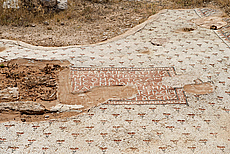 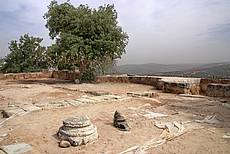 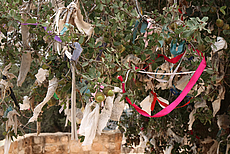 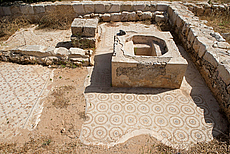 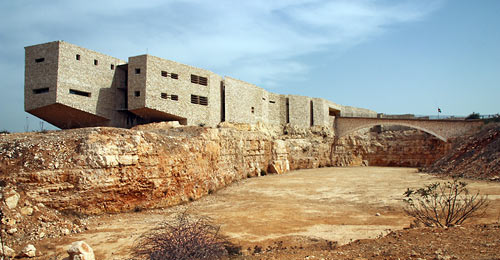 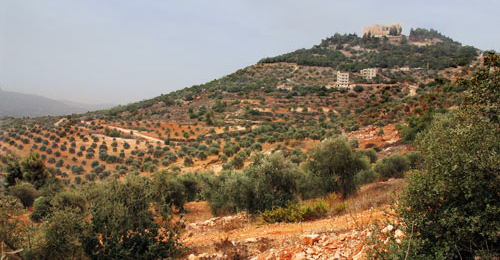