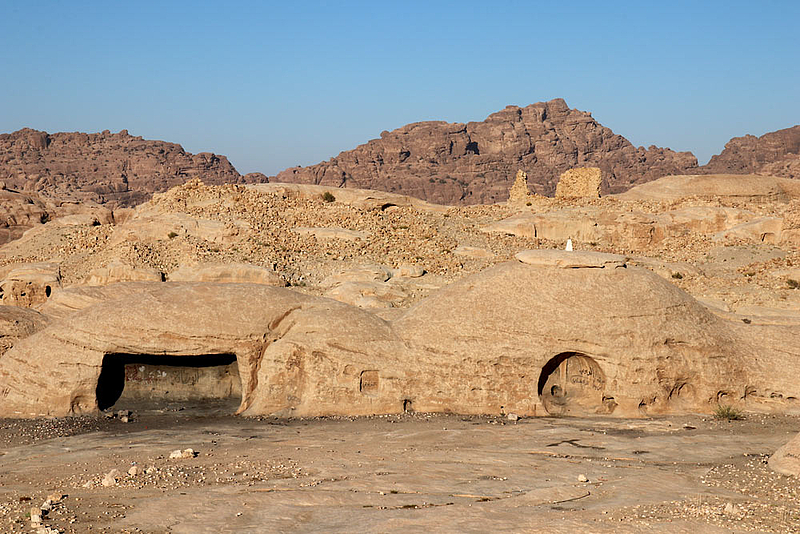 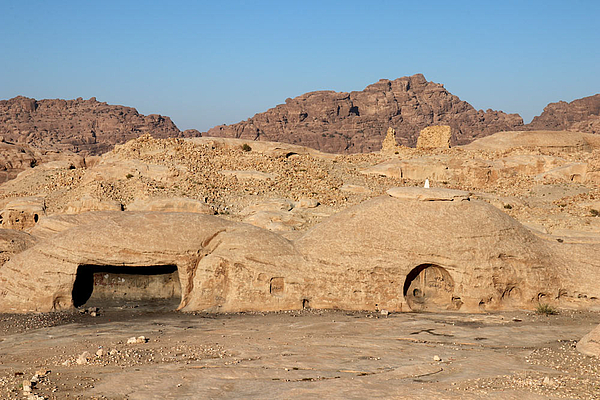 If you drive from the Petra Visitor Center to Beidha, you will see the castle ruins to the left of the road.

Vaux Moise (in Arabic al-Wuʿaira) was an outpost of the Crusader Fortress Montréal in Shobak, 25 km north. The stronghold over Wadi Musa was built in 1116 under the reign of King Balduin I of Jerusalem on the remains of a Nabataean or Roman predecessor and was strongly extended in 1142. After the defeat of the crusaders by Saladin's army at Hattin (1187), it was conquered by the Ayyubids in 1188.

Deep canyon with remarkable rock-cut buildings and unique murals, which was part of an important Nabataean trading base, 6 km north of the centre of Petra.