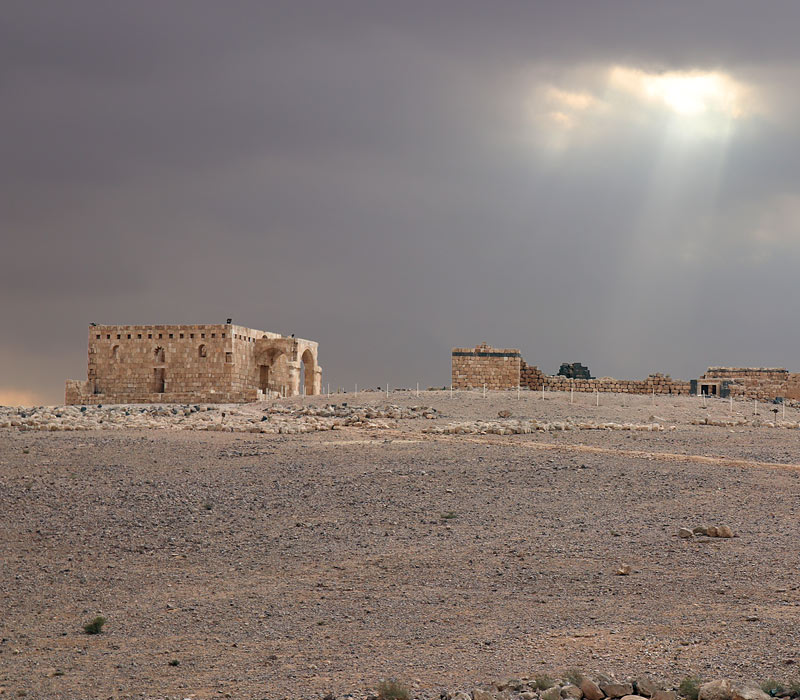 On the site of Qasr al-Hallabat there was originally a Roman fort, built up from the beginning of the 2nd century AD on a former Nabatean outpost, as part of the Limes Arabicus (the Arabian frontier). Extended in 4th century AD, the fort was abandoned and then heavily damaged by the earthquake of 551 AD. Afterwards it was transformed into a monastery and a palace by the Ghassanids, using older black basaltic rock blocks to expand the Roman remains.

The Umayyad caliph Hisham (ruled 724-743) ordered to demolish the existing structure to transform the site into one of the largest of all Umayyad desert complexes. The main palace is constructed of black basalt and limestone and has a square floorplan (42 x 43 m) with towers at each corner. The principal structures were further enhanced with decorative mosaics depicting an assortment of animals, detailed frescoes and highly crafted stucco carvings. The Umayyad extension included a mosque, a water system with five cisterns and a large water reservoir, and a bathhouse. Situated to the west of the palace remains an enclosed structure probably used for agricultural purposes. In 749 AD the site was destructed and abandoned.

From 2002 to 2013, the Spanish Archaeological Mission in Jordan realized a long-term excavation, restoration and musealization project, directed by Dr. Ignacio Arce. Included was the systematic collection of all the remaining inscribed stone blocks, that are a very special attraction at Qasr Al Hallabat. They contain a legal text related to the military organization of the eastern border of the Byzantine Empire, decreeded by imperial court at Constantinople in the reign of Emperor Anastasius I (491 - 518 AD). The Greek inscriptions of more than 300 lines and approximately 70 chapters, are engraved in 160 basalt blocks that were re-used in the masonry of later construction periods. A set of exact copies is displayed in a lapidarium at the site museum. 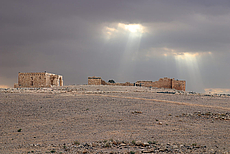 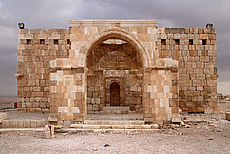 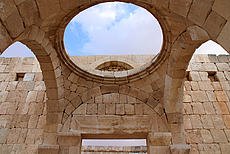 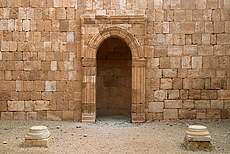 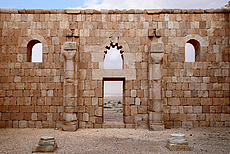 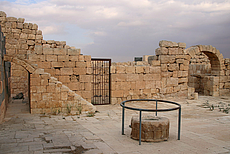 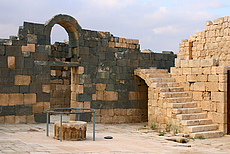 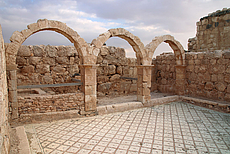 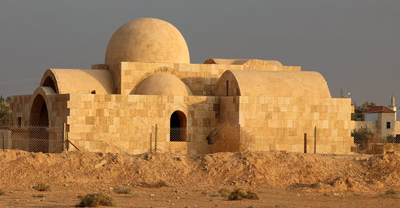 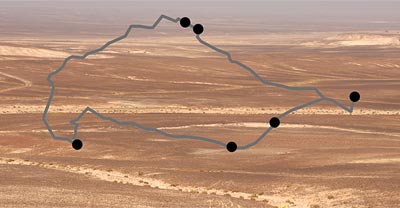