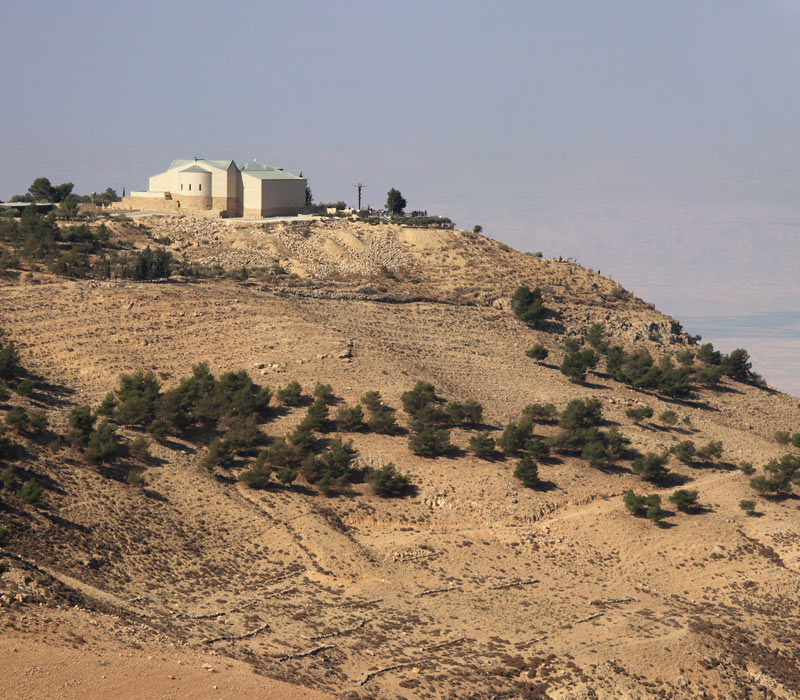 The summit of the Siyagha, 700 m above the Jordan Valley overlooking the NE part of the Dead Sea, is believed to be Mount Nebo, the place where Moses - the prophet revered by the three monotheistic religions - has been shown the Promised Land, and where he died.

Today, Mount Nebo is an active Memorial, Franciscan monastery, and archaeological site that attracts visitors from the whole world, not only because of its historical and religious significance, but also because of the outstanding artistic value of the architectural remains and Byzantine mosaics that it preserves and displays. 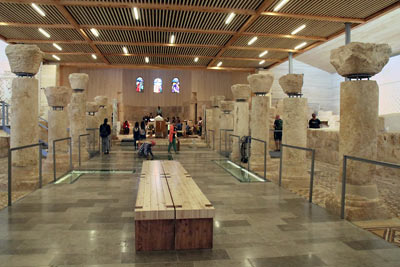 Tour through the Memorial

Access and views; the modern church that protects the Basilica and chapels. 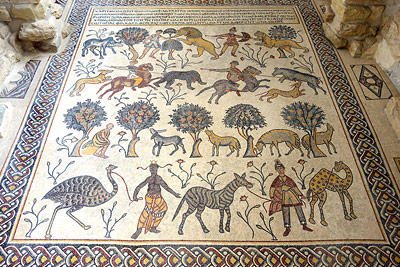 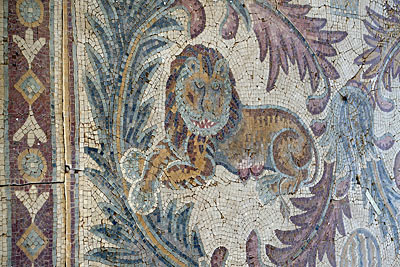 From the City of Nebo, displayed in the access area to the basilica.

Then Moses went up from the plains of Moab to Mount Nebo, the headland of Pisgah which faces Jericho, and the Lord showed him all the land … So there, in the land of Moab, Moses, the servant of the Lord, died as the Lord had said (Deuteronomy 34 ). Although according to this biblical text the place of Moses' burial is unknown, a community of monks settled in the area from the 4th to the 9th Cent. A.D. honoring the memory of the prophet.

During the 19th Cent. the region attracted the attention of explorers, including Felicien de Saulcy (1853 - first regional map), Le Duc de Luynes (1864 - first photo and sketch of the ruins), among others, who contributed to the descriptions of the territory in relation to the biblical texts. The pilgrimage account of the nun Egeria describing her ascent to the sanctuary at the end of the 4th Cent., and the biography of Peter the Iberian, who visited it a century later, were decisive for the identification of the Moses Memorial on Mount Nebo.

In 1932, the Franciscan Custody of the Holy Land acquired the two main archaeological sites of Mount Nebo: Ras Siyagha (Memorial of Moses) and Khirbet al-Mukhayyat (identified later as the City of Nebo.) Since then, extensive excavations, surveys and a comprehensive preservation and conservation program have been undertaken by archaeologists of the Studium Biblicum Franciscanum of Jerusalem, unearthing a large monastic complex encompassing an area of about 6,640 sqm. The center of the complex is a basilica built between 5th and 6th Cent. A.D. on an earlier sanctuary.

In 1976, Fr. Michele Piccirillo, a Franciscan priest and the archaeologist in charge, uncovered the extraordinary Diakonikon-Baptistery mosaic in the northern hall of the basilica, below a simple mosaic floor. With its hunting and pastoral scenes of colourful almost intact tesserae, its Greek inscriptions stating the building's function as “diakonikon”, its precise date (August 530 A.D.), and even the name of its creators, the mosaicists Soel, Kaium, and Elias, it is one of the most remarkable Byzantine mosaics in Jordan.

4th - 5th Cent. A.D.
Christian Monasticism develops near the Springs of Moses.
Christian pilgrims start visiting the place.
A church is built where Moses was believed to have been buried.

6th Cent. A.D.
The Basilica is surrounded by a large monastic compound.

ca. 604 A.D.
The Chapel of the Virgin Mary (Theotokos) is built and decorated.

8th Cent. A.D.
The Church and Monastery is rebuilt as a fortified compound.

1964
A shelter is built by Fr. Virgilio Corbo, who excavates its interior.

2016
The ancient Memorial and renovated site is re-opened.

About 35 km from downtown Amman, and 10 km from the city of Madaba.

The fifth book of the Christian Old Testament and of the Jewish Torah, where it is called Devarim.