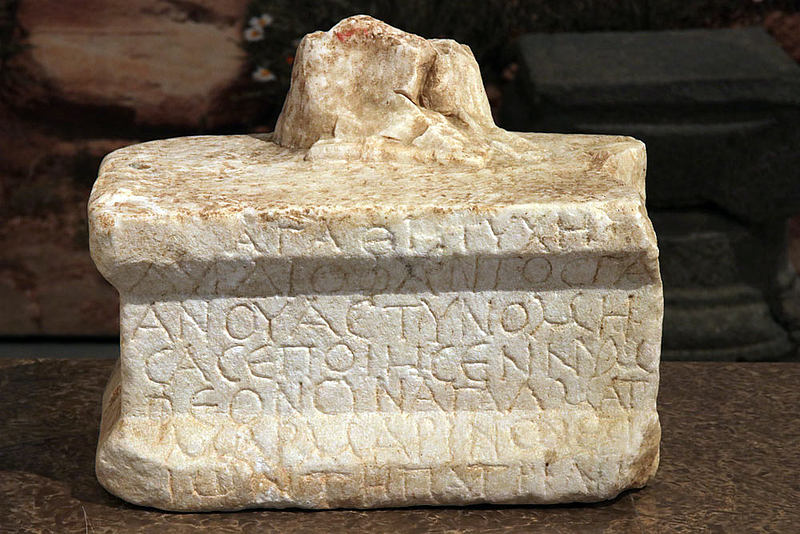 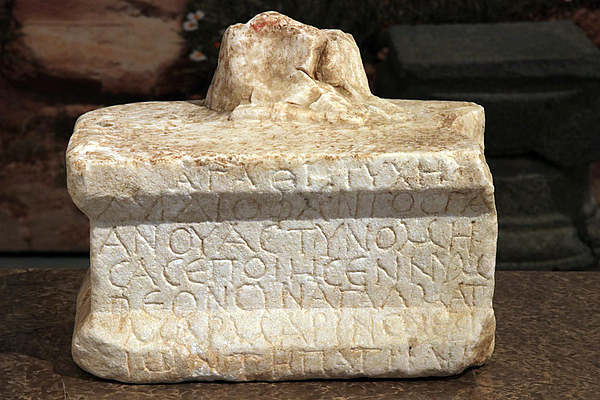 Sponsor of the nymphaeum in Gadara

Marble base with the remains of an animal statue and a Greek inscription, translation: Good fortune! Aurelios Diophantos, son of Gaianus, astynomos, sponsored the nymphaion with marble statues from his own budget for his fatherland.

Aurelios Diophantos was an astynomos, a magistrate who cared for public buildings and can be compared with a police director. He sponsored the nymphaion of Gadara, a fountain in the city centre that was elaborately decorated.

Aurelios was a widespread family name, because the Emperor Caracalla granted citizenship to all freemen throughout the Roman Empire in AD 212 (constitutio Antoniniana) and they assumed his family name, Aurelius. 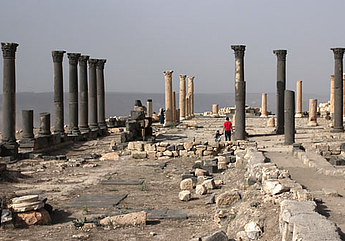 City of the Decapolis with ruins from Roman and Byzantine times, a late Ottoman village, Antiquity Museum, and a tunnel section of the Qanat Fir'aun