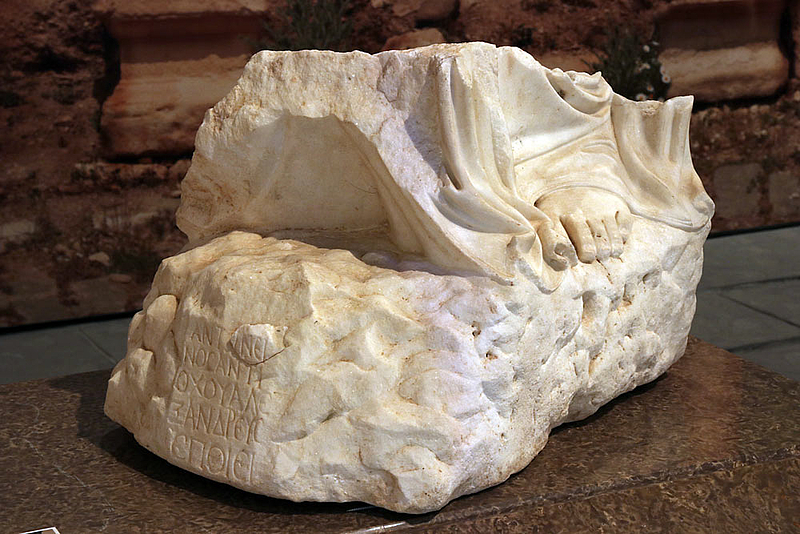 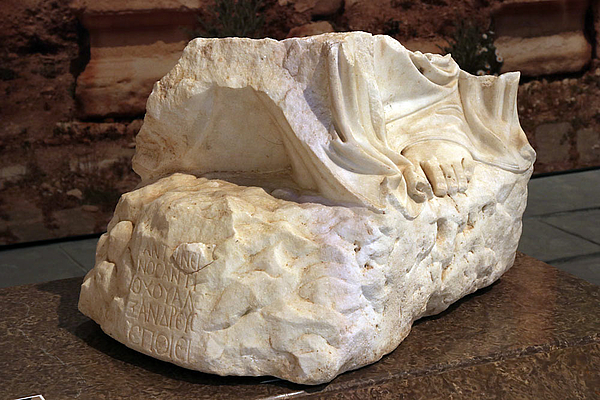 Written in Greek on the base of a marble statue in the shape of a rock, translation: Antoninus Alexandreus, son of Antiochos, made this (statue) by himself.

The marble statue may be identified with Apollo or a muse. The name of the sculptor, Antoninus Alexandreus, appears in another inscription found in Jerash, which can be dated into the last two decades of the 2nd century AD.

The Greek name of Alexandreus and his father Antiochos, and also the technique of the statue, might indicate that he was a Greek citizen who lived in the Province of Arabia. His father or one of his ancestors had been a freedman of a Roman named Antoninus, because freedmen assumed the family name of their former masters. Maybe he was a freedman of the emperor Marcus Aurelius or Commodus himself.