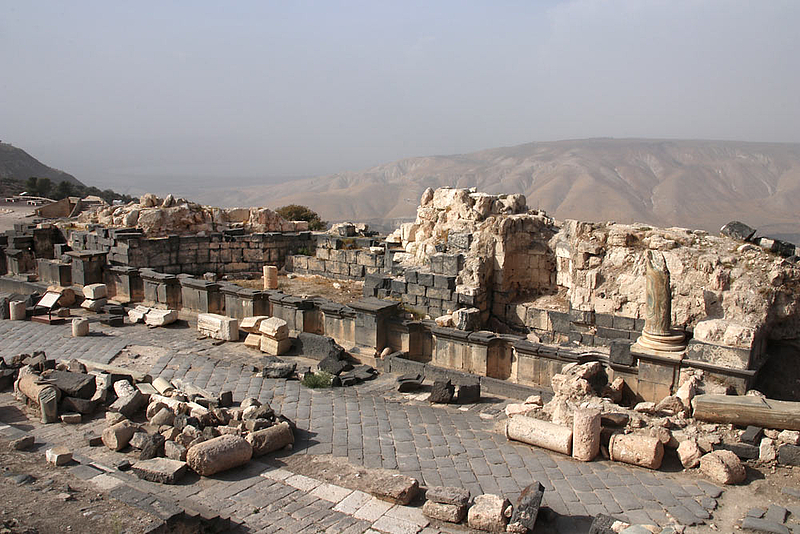 View from the restaurant in northwest direction with the Golan Heights in the background. On clear days you can also see the Sea of Galilee which is only 10 km away.

The nymphaeum, probably built in the second half of the 2nd century AD, stands on the northern end of the Decumanus Maximus, exactly opposite the western terrace. The 15 m wide monumental public fountain was originally two-storey and decorated with sculptures.

In 1998 a marble block with an inscription was found in a wall a little further along the main street. It indicates that the nymphaeum with marble statues was donated by a certain Aurelios Diophantes, who held the position of Astynomos (high police officer, city supervisor, or law enforcement officer). 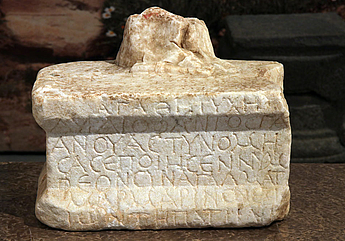 Sponsor of the Gadara nymphaeum