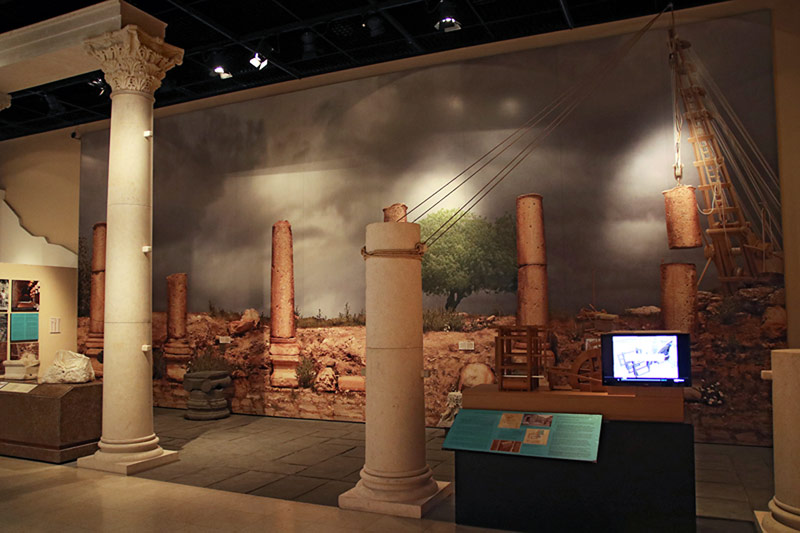 Exhibits from the beginning of the Roman period in Jordan 63 BC until the early 4th century. 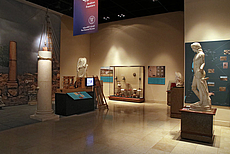 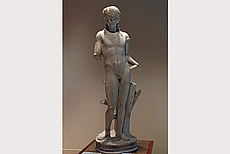 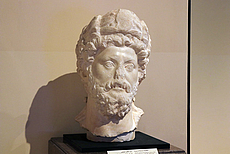 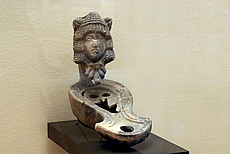 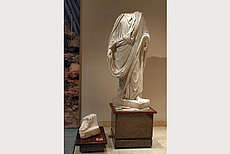 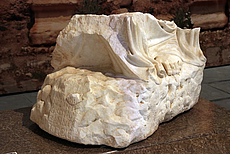 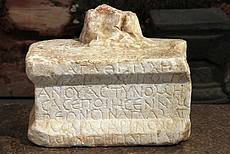 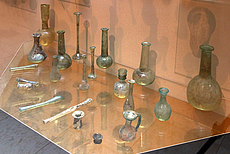 The Roman period in Jordan

The Roman period in Jordan began in 63 BC when General Pompey occupied die regions northwest of the Nabataean Kingdom. Afterwards, northern Jordan became part of the Roman ‘Province of Syria’ that was established in the first century AD.

Similar to the previous Hellenistic kingdoms, the Roman presence was not only military but also cultural, and the spread of the Graeco-Roman culture resulted in a fusion of the local and incoming cultural elements. This is best illustrated in the League of the Decapolis (Ten Cities) founded soon after the Roman invasion.

The exact nature of this league is not clear, and the number of cities cited within it varied at times. Most of the Decapolis cities are located in north-western Jordan; while the rest were in modern southern Syria and north-eastern Palestine. The league had its special status in economic and political affairs, and constituted a unified territory. Its cities were independent in their internal affairs, and obtained the right to mint their own coins. Due to their privileged geographical role, the cities played a prominent politico-commercial role in the region, and became grand provincial Roman cities marked by their orthogonal town-planning, splendid monumental structures and their direct connection to Rome. On the other hand, the communities around the cities were of rural nature with a distinctive local identity.

In AD 106, Trajan, the first non-Italian emperor, occupied the Nabataean Kingdom and established the Province of Arabia. Nabataea and the Decapolis territories formed this new province, which was the most southeasterly extent of the Roman Empire. Bostra (Busra), the last Nabataean capital became the capital of this province; while Gerasa (Jerash), a Decapolis city, was the financial centre. Jordan thrived during both Trajan’s rule (AD 98 - 117) and his successor's Hadrian (AD 117-138), who spent most of his time travelling in the provinces. The triumphal arch (Arch of Hadrian) in Gerasa was built to commemorate his visit to the city.

The Roman government took a number of military and administrative measures that helped in stimulating the economy and creating a cultural and architectural boom in the second and early third centuries. These measures included building roads, maintaining security, urban development, and spreading the Graeco-Roman culture. Trade flourished in Jordan because of its geographic position, and agricultural products such as grains, olive oil and wine, were exported. Regional production of everyday objects, especially pottery and metalwork, also existed.

The third century was a critical time for the Empire when many disturbances took place. In Syria, Zenobia the Queen of Palmyra revolted against Rome and went on in 269 to occupy parts of Egypt, most probably passing through Jordan. After the Romans suppressed Zenobia's revolt, they made several changes to the Province of Arabia, culminating in the reforms of Emperor Diocletian in 295 whereby the provinces of the region were reconfigured, new provinces got established, and the frontiers were fortified.

The Roman Period is considered to end with the reign of the Roman Emperor Constantine, who officially permitted and promoted Christianity in 324. Although the empire continued to be called Roman, the cultural changes that followed permit the designation of a new era - the Byzantine Period.