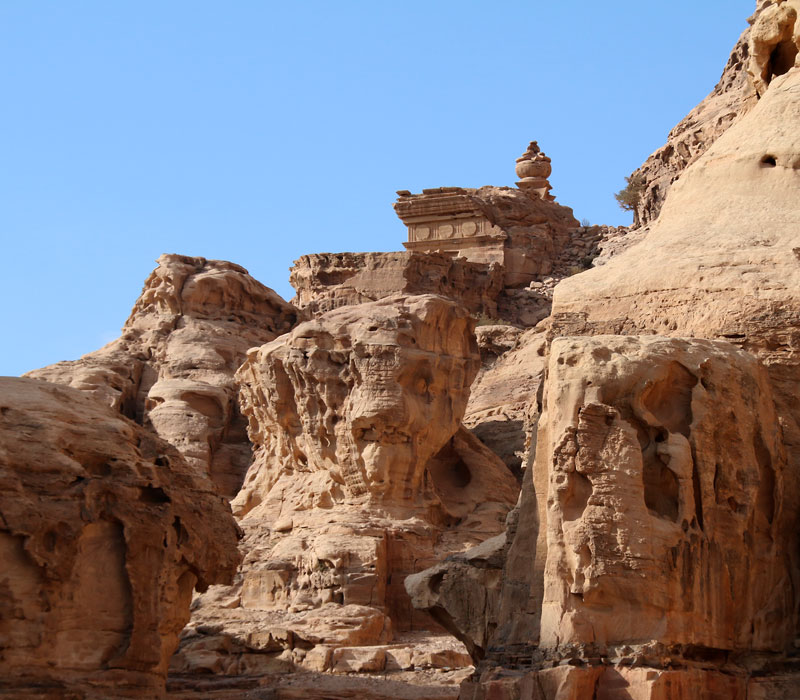 Ad Deir (the Monastery) is one of the most fascinating landmarks of Petra. The mountain plateau, dominated by the monumental rock façade, can be reached from the ancient city center on an old processional path. The 1.6 km long ascent over an altitude difference of almost 200 m requires condition, but is not dangerous. There are also several flat sections between the overall 800 steps, and one frequently pauses anyway to enjoy the stunning views. It is best to hike up to Ad Deir in the late afternoon, when the facade glows in the mild light of the setting sun.

Along the way and in side gorges, there are numerous tomb facades, places of worship, betyl niches, and other relics from Nabataean and Byzantine times. A first highlight is the Lion Triclinium, which we present in detail in our photo tour. About 200 m further the Wadi Kharruba branches off, where a biclinium with inscriptions from the 1st century AD can be seen. In the next side valley called Qattar ed-Deir (to the right of the main path) Nabataean brotherhoods created a sanctuary under a rock overhang, with cult niches, a triclinium, inscriptions, and basins that still collect water dripping down the rock. Further up, when the top of the urn of Ad Deir appears behind the rocks, one can climb to the right into the Hermitage gorge, where two Nabataean sanctuaries were used by Christians in Byzantine times, indicated by the engraved crosses.

A completely different route to the Ad Deir Plateau we have described in our chapter Petra back door hike. View of the trail 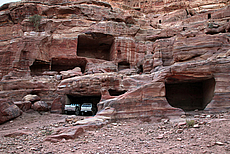 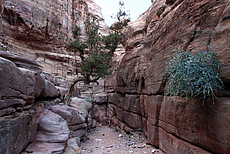 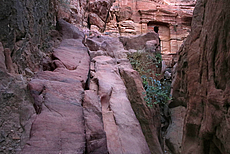 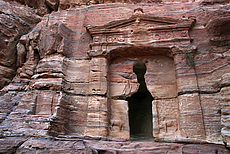 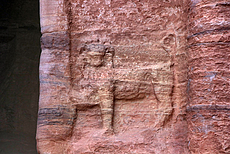 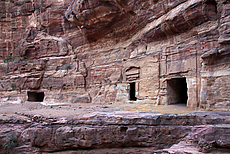 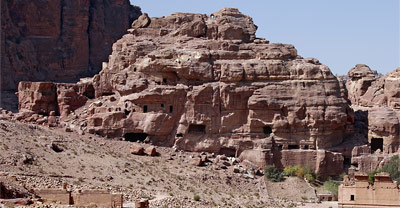 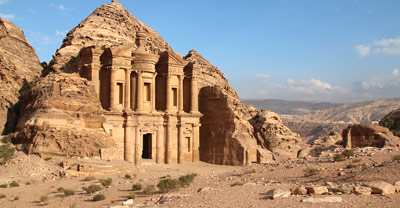