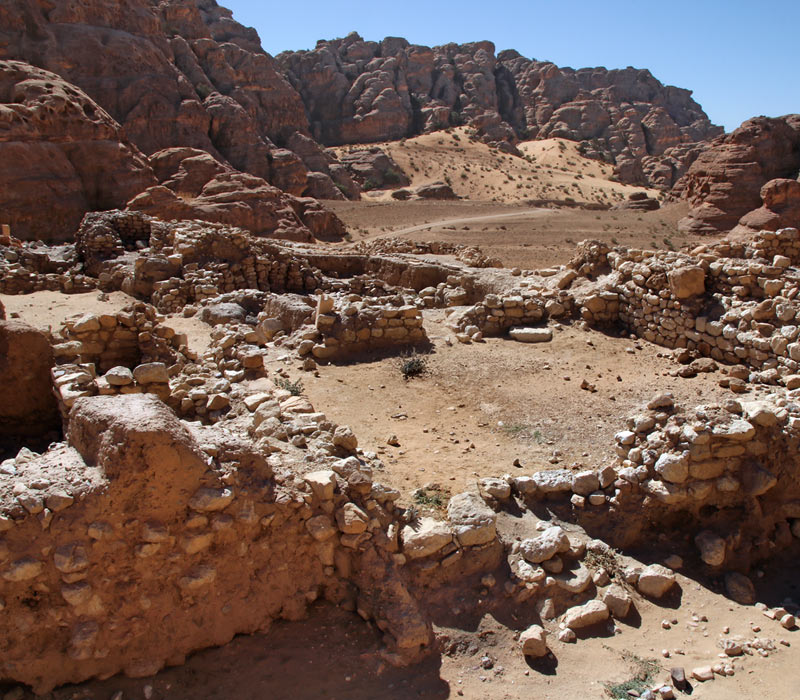 Located just 9 km north of the Petra Visitor Center and 800 m from the entrance of Siq al-Barid (Little Petra), the Neolithic village of Beidha (also spelled Bayda) is a uniquely preserved and interpreted archaeological site which provides important insights into the origins of human development. It enables visitors to imagine how people lived 10,000 years ago, during the final phase of the Stone Age, when farming and animal domestication began. This change in food procurement marks the transition to a more sendentary mode of life. Permanent settlements such as Beidha were established and the social structures and symbolic belief systems became more complex.

The village at Beidha was inhabited from about 8,500 BC to 5,500 BC. The remains of houses found there demonstrate the evolvement of early architecture from circular buildings to houses with rectangular shapes that could be easily extended and compacted, enabling also upper storeys. This was an important factor as the population grew, relying on stable food supply from barley cultivation and goat keeping. Some 40 m away from the domestic area, a group of oval structures, unusual large slabs with shallow cup-marks ground in them, standing stones, and a great basin is believed to have been a ritual space.

At the entrance of the village precinct, archaeologists have built actual size replicas of the Neolithic houses, based on evidences found on site. Together with trails and interpretation signs, these reconstructions help visitors to understand the archaeological structures of the settlement, and how this ancient community may have lived.

Location on the map 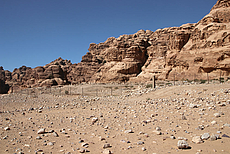 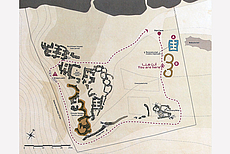 Map of the site 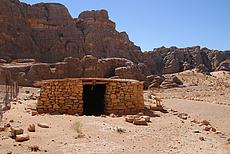 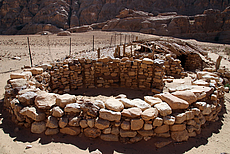 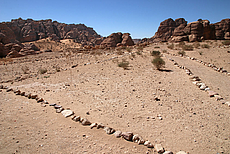 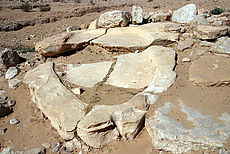 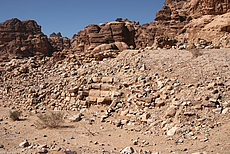 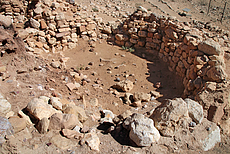 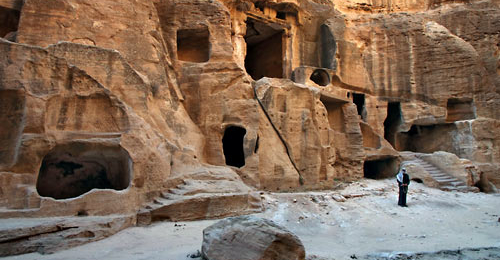 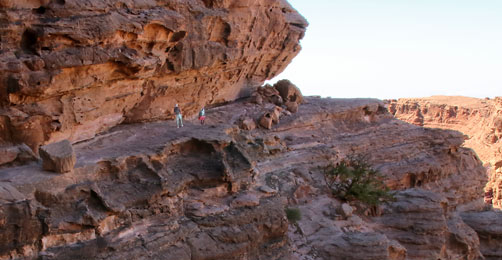