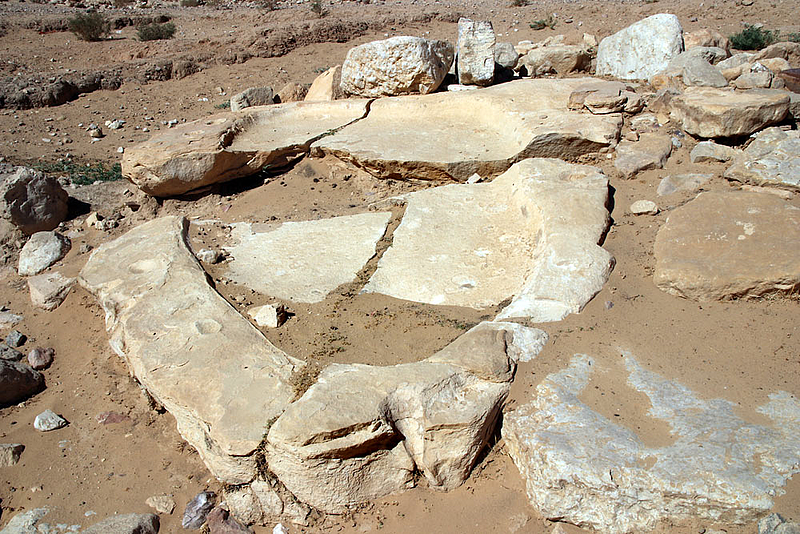 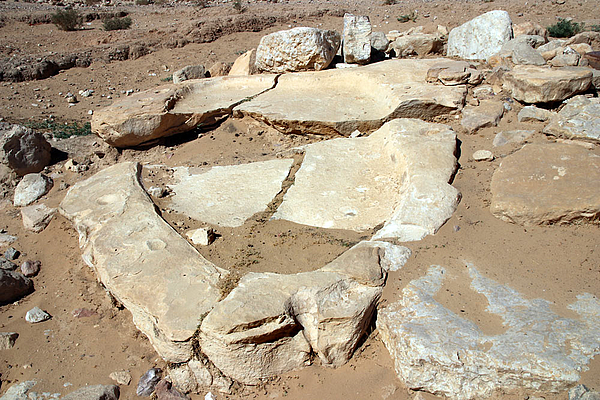 Some 40 m away from the domestic area, a group of oval structures, unusual large slabs with shallow cup-marks ground in them, standing stones, and a great basin is believed to have been a ritual space.

As people in the Neolithic period began to settle down and live in larger communities their religious beliefs and rituals developed as an important part of the new society. Horn cores found here suggest that the newly managed goat herds were recognized as a significant part of their life.

It is not possible to know what rituals were conducted, but the presence of ritual buildings in many Neolithic sites, burials under floors, and the special treatment given to particular skulls, suggest that their beliefs were centered on community ancestors, and a sense of place, and that the new rituals helped people live together in peace. 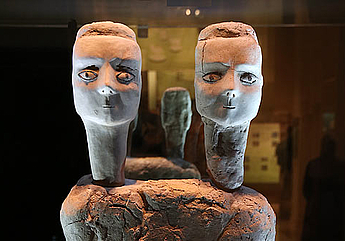 The approx. 8,700 years old statues are among the earliest known large-scale human figures in the world. Part of the informative tour through The Jordan Museum in Amman 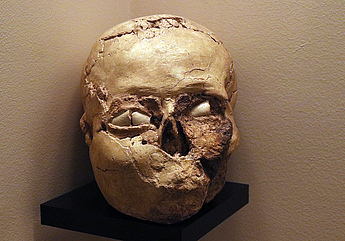