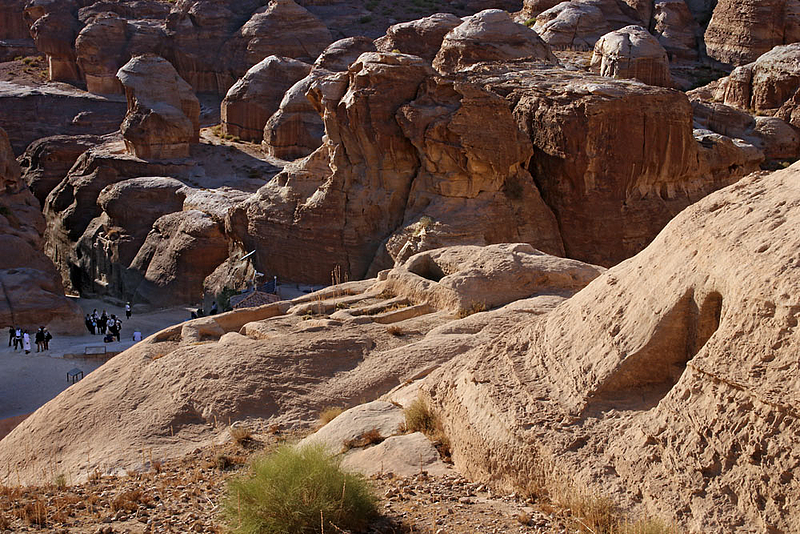 In the foreground right an aedicula with betyl (D 20, detail in the photos above), behind it, several pit graves and in the background, the entrance to the Siq.

On the western edge of the plateau, where the Aslah Triclinium Complex stands, there is a series of smaller rock promontories, into which more than 50 pit tombs were carved in Nabataean times. These include the tombs of Aslah and members of his clan. However, none of them is larger than the others or specially assigned to the triclinium, which is why there is no reference to the burial place of the founder himself.

The deity represented by the betyl in the great aedicula was probably the protector of graves in one of the surrounding rock hills.