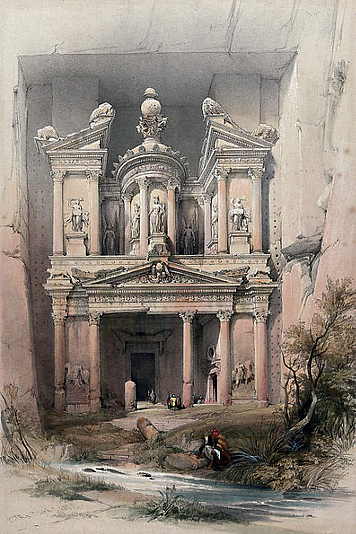 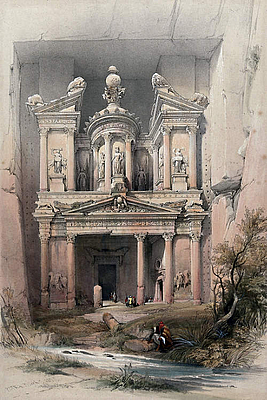 Of the 6 columns of the lower level, the two middle ones stood free. As you can see on the lithograph, the third column from the left was broken off . In 1961/62 it was replaced by a reconstruction.

Several details are fantasy elements of the artist, for example the eagle in the center of the tympanum, where originally there was a woman's head.

David Roberts travelled in the Middle East and North Africa, particularly Egypt, from 1838 to 1839. During his journey, Roberts produced a great number of sketches. He developed these into watercolours, which were the basis for the series of 247 lithographs called The Holy Land, Syria, Idumea, Arabia, Egypt & Nubia, published between 1842 and 1849.