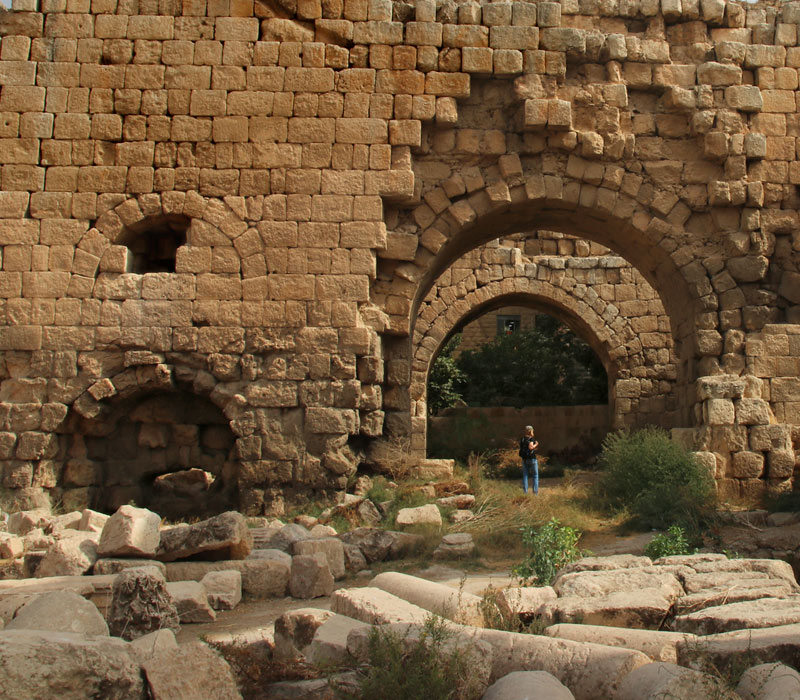 On the eastern bank of Wadi Jerash, called Chrysorrhoas in antiquity, stand the ruins of one of the largest and best preserved bathing complexes of the ancient Orient. Located outside of the fenced archaeological site, the ruins are partly overbuilt by modern houses and squares. Nevertheless it's definitely worth the walk down there, particularly because of the imposing barrel vaults, which can be up to 11 meters high.

In the first construction phase, about 170 A.D. onwards, seven buildings were constructed, including the huge bathing halls, the remains of which can still be seen. Up from the middle of the third century, the complex was extended to the north by 13 rooms and an exedra around a 55 m long columned courtyard decorated with sculptures.

During excavations in 2016 - 2018, numerous well-preserved fragments of sculptures were found in a basin next to this so-called North Hall. See our special contribution and the interview with Prof. Dr. Thomas M. Weber-Karyotakis. View from the south View from the west