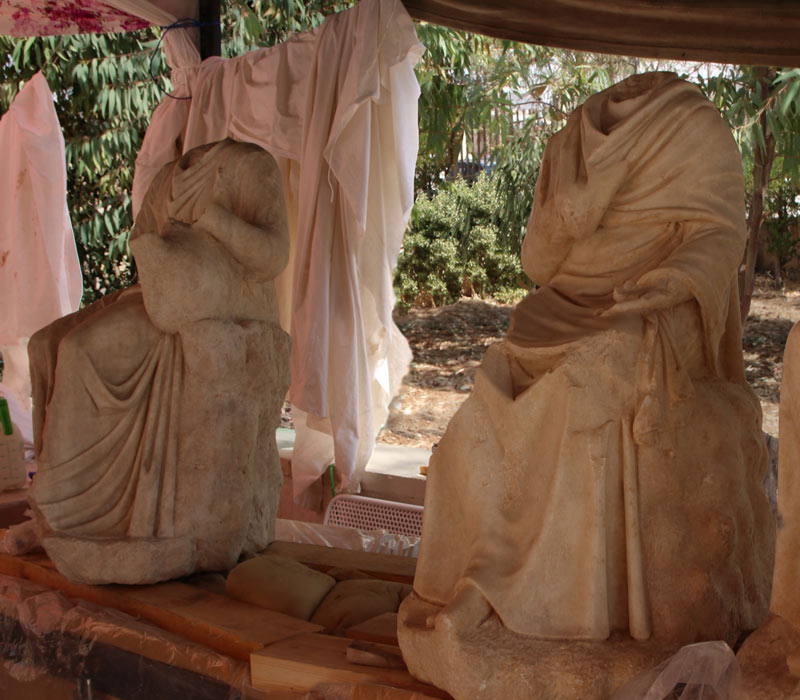 The German-Jordanian University of Amman, in cooperation with the Jordanian Antiquities Administration and the Mission Française Archaéologique de Jerash, carried out excavations in the Roman Eastern Baths of Gerasa from 2016 to 2018. The excavations uncovered a water basin filled with elaborately decorated pieces of the entablature from the adjoining North Hall that fell during the earthquake of 749 A.D..

In an approx. 50 cm thick earth packing above the Roman pavement of the water basin, the archaeologists discovered many fragments of marble sculptures, some of them in very good condition. These had been deposited in the basin by human hand already before the earthquake, presumably to burn the marble to lime.

The 27 statues and statuettes represent almost exclusively Greek-Roman deities and muses. Of inestimable value for research is a larger-than-life Aphrodite with a Greek inscription on the plinth, where the donor is named and an unusually exact date corresponding to the 20th March 154 A.D.. More about this in the sources listed below, and on the image pages.

In October 2018 we had the opportunity to see the restoration works in Jerasch and to talk to one of the directors of the excavations, the German archaeologist Prof. Dr. Thomas M. Weber-Karyotakis. 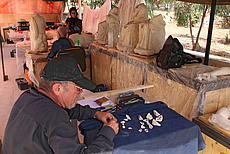 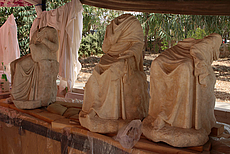 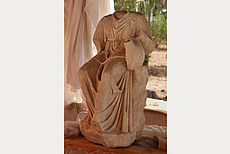 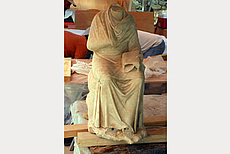 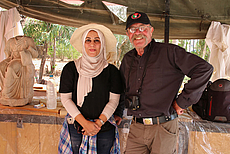 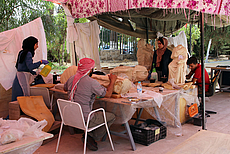 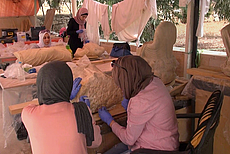 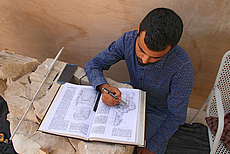 One of the largest and best preserved ancient Roman bathing complexes in the Orient. This informative photo tour includes the location where the sculptures have been excavated.

The Eastern Bath at Gerasa / Jerash
Preliminary Report on the 2016 Campaign
by Thomas Lepaon, Nizar Turshan, Thomas M. Weber-Karyotakis.
Digital publication by Gerda Henkel Stiftung, one of the main sponsors.

A block or slab under a statue, column or architectural element.