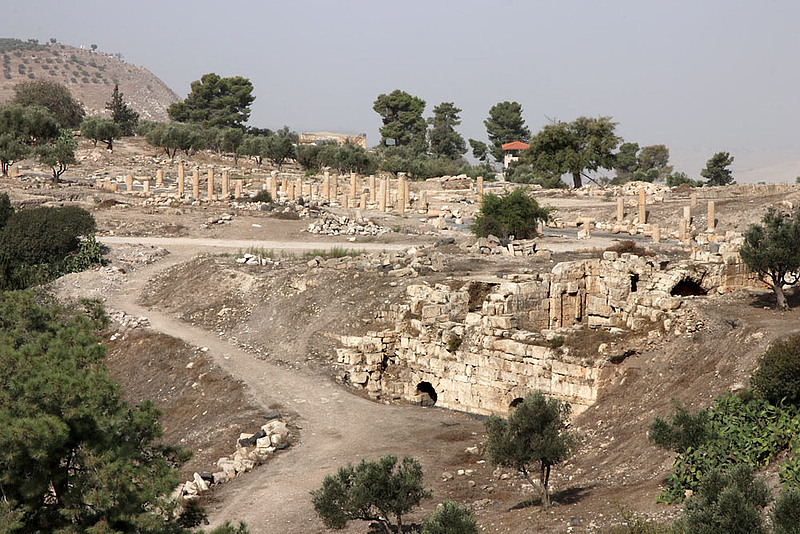 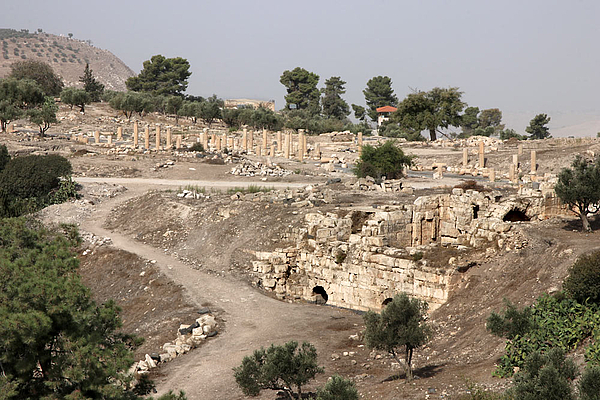 Built in the early 4th century AD on the south side of the Decumanus Maximus as a large public bath with an area of about 2,400 m2. Considerably damaged around the mid-4th century and rebuilt in more modest dimensions.

Until the early 7th century, the complex served as a thermal bath. According to the excavators, a rationing of fuel and water led to the abandonment of bathing operations during the first half of the 7th century AD.

After a severe earthquake around the middle of the 8th century, the collapsed halls were abandoned and some of the buildings that had remained standing were reduced in size by the erection of walls, and used as houses or stables.

In the cities of the Roman Empire, thermal baths were an important social and cultural centre and were frequently visited by the residents. The entrance fee was low and was even completely waived when a wealthy citizen paid for the expenses as patron.

Also in Gadara there were several thermal baths in different areas, but this complex is particularly well preserved. After entering, the individual bathing and sweating rooms were followed in a fixed sequence. A complex heating system with approx. 10 fireplaces (praefurnia) provided warm water and corresponding air temperatures.

(From a text on site)