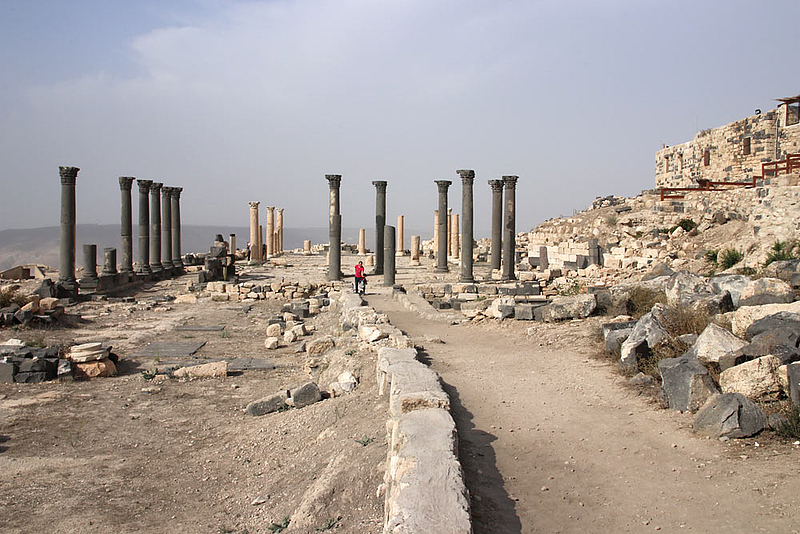 next
prev
another photo
The east facing apse of the three-aisled basilica
© Photo: Haupt & Binder

In the center of the photo (in front of the columns) is the only partially excavated area of the three-aisled basilica. Its construction and use date back to the period between the middle of the 7th and the middle of the 8th century. Its interior width is approx. 13 m, that of the central nave approx. 5.60 m, and that of the two side aisles, about 3 m. The length can no longer be determined.

Its east wall was attached to an existing building, whose western opening was thereby closed.

The remains of the basilica consist mainly of basalt spolia (elements of older buildings). Built-ins such as benches for church officials, cathedral steps or reliquaries are made of limestone.

The semicircular altar zone was elevated from the rest of the central nave and delimited by screen plates. On the wall of the apse is a three-stage synthronon (semicircular priest's bench) with a central cathedra. Reliquaries have been found in the floor of the northern side aisle. Isolated glas tesserae point to wall mosaics, according to the excavators.