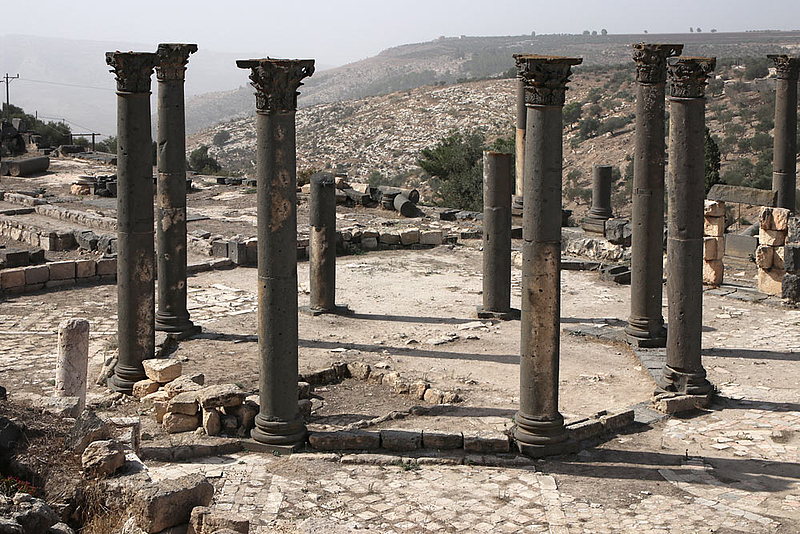 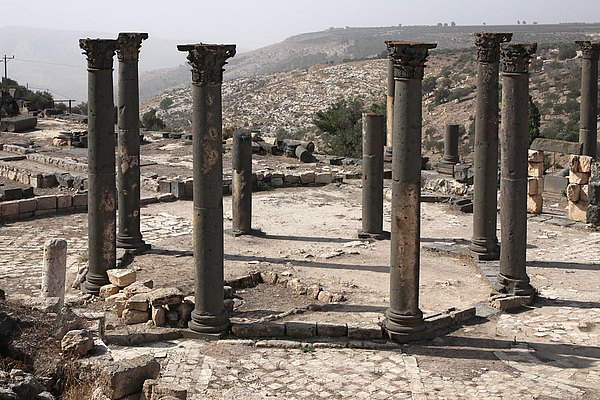 next
prev
another photo
On the left, the narrow vestibule (narthex). In the foreground, a section of the area of the three-nave basilica.
© Photo: Haupt & Binder

The preciously decorated church building made of dark basalt was probably built in the early 6th century. It was destroyed by an earthquake in the 8th century.

The rebuilt columns with Corinthian capitals, which can be seen today, stand at the octagonal central hall, which was shielded from the gallery by stone slabs. They probably carried beams with a dome.

The floor of the wide gallery was decorated with complicated geometric patterns in Opus-Sectile technique made of cut clay and stone slabs in various colours. The four corners had semi-circular apses. In the northeastern one were found two intact graves. A sarcophagus lid as a barrier plate separated the southeastern apse from the gallery.

The building itself was a square cube (approx. 23 x 23 m) closed off from the outside. It could probably be entered from all four directions, but only remains of portals in the east wall and on the west side have survived, in front of which there was a narrow vestibule (narthex). Glas tesserae in the rubble are indications of polychrome wall mosaics.

On the eastern side, a stump of a column made of reddish-white marble with a small cross engraved on its shaft protrudes from the floor.