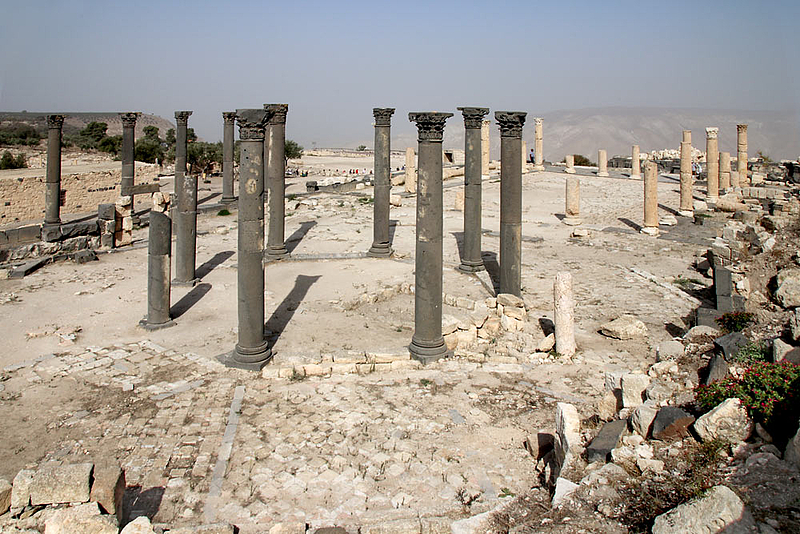 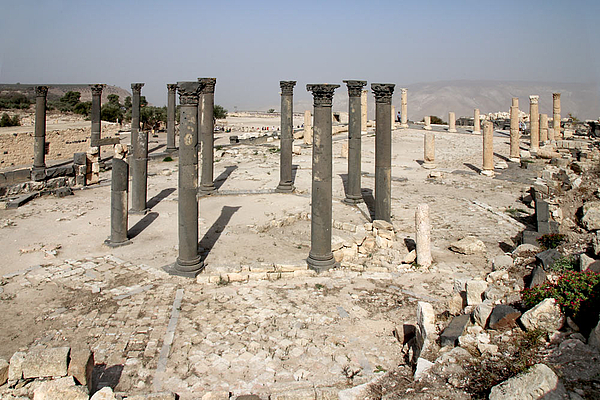 Sacral buildings on the western terrace

In the 5th/6th century, a Christian sacral complex was erected on the western terrace instead of the market basilica from the Roman Empire, thus clearly demonstrating the increase in ecclesiastical power in the centre of the city. "Characteristic is the ruthless seizure and conversion of old 'pagan' building sites. (Weber, p. 81) The columns, capitals and other elements come from the former buildings.

The complex consists of a columned courtyard (right, north), an octagonal central building and a three-nave basilica (south, not on the photo).

The forecourt was entered from the Decumanus Maximus via a wide open staircase through three portals. It is paved with bright yellowish and reddish limestone slabs. The pavement is laid in such a way that two rectangular fields enclosed by a frame are created, which are separated from each other by an oblique or straight course of the joints and by colour nuances of the stone.

Four halls with eight columns on the long sides and six on the narrow sides surrounded the courtyard. The bases and the Corinthian capitals are made of white limestone, the column shafts of brownish, yellow, pink and dark brown spotted conglomerate (sedimentary rock). They carried a pent roof inclined towards the courtyard.