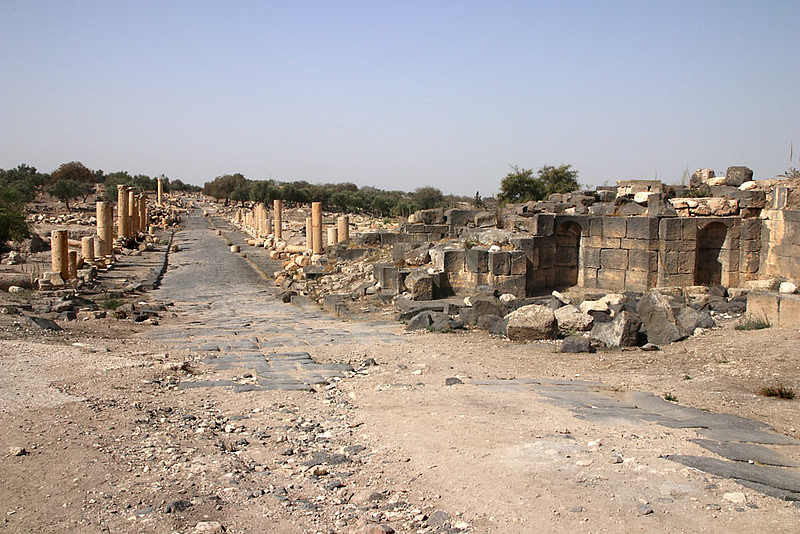 Built in the last quarter of the 2nd century AD on the northern end of the east ascending thoroughfare, the Decumanus Maximus. The building stands at the foot of a wide terrace and probably belonged to a larger complex of unknown destination extending to the north and east.

The dark structure of the podium (17.80 x 12.90 m) consists of basalt stones and was covered with incrustations, which is shown by fragments of thin marble slabs and the remains of support bronze pins in the joints. The monument was suitable for the placement of statues donated by wealthy citizens.

From the street side, a wide staircase led up to a platform paved with marble slabs. In the back wall there was a circular niche and two narrow staircases on either side to a podium, which was the foundation of a columnar architecture. In the northern section of the podium there is a long barrel vaulted chamber (crypta), accessible from the west.

The three visible sides of the rectangular substructure are divided by niches. In the middle of the east and west façades there is a large, semi-circular exedra with a smaller round niche in it. In the eastern exedra there were fragments of a Heracles statue and a Dionysian group.