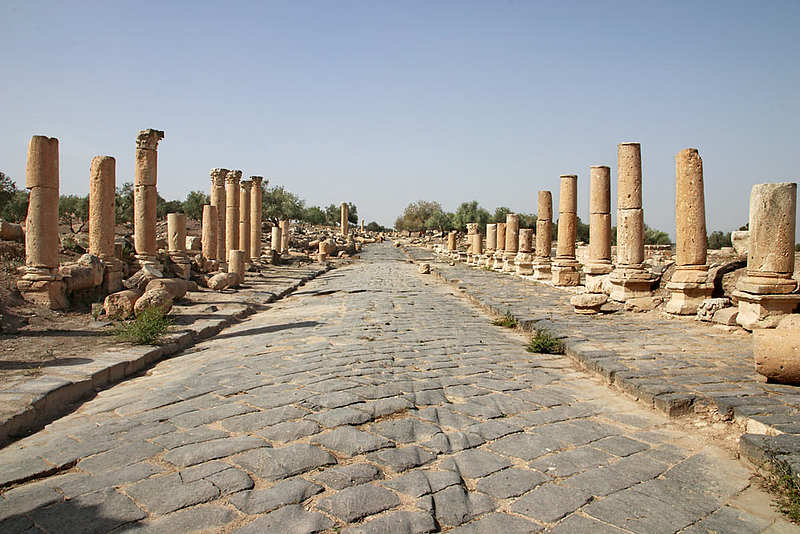 Around the mid-1st century AD, a first section of the Decumanus Maximus was paved with basalt slabs. The rectangular slabs are laid at an angle in order to prevent the joints from being broadened by the wheels of carts. Only in front of iconic buildings do they lie parallel to the roadside for a short distance. The busy traffic left visible traces in the pavement (see photo above).

During the Severan period (193 - 235), the Decumanus Maximus was greatly enhanced and prolonged into the city areas which had continued growing westwards. Estrades with numerous statues of honour, colonnades and porticoes as well as other monuments of urban representation were built on both sides. It is assumed that the colonnaded street fulfilled the function of a linear forum for which in other cities extensive squares were usually laid out.

A pressure pipeline constructed of large basalt blocks runs about 1.5 m below the pavement. Smaller clay or lead pipe systems were only installed in Byzantine times under the sidewalk at the height of the row of shops or at the older arch monument.