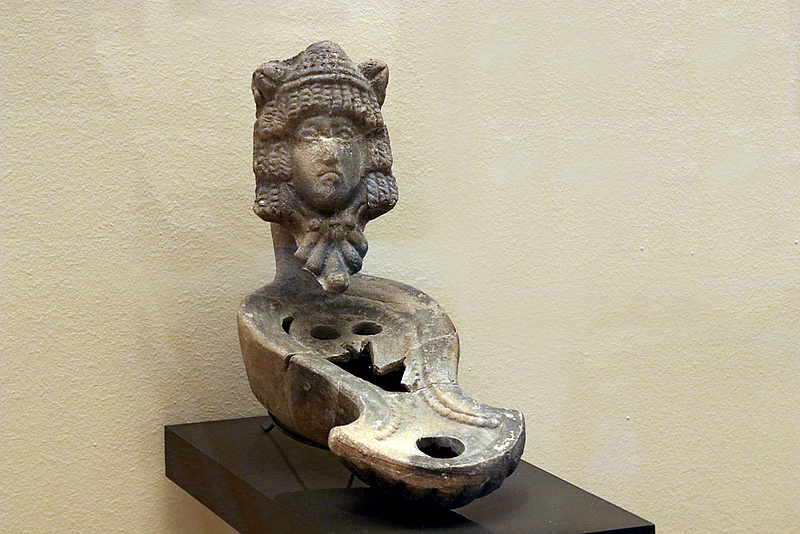 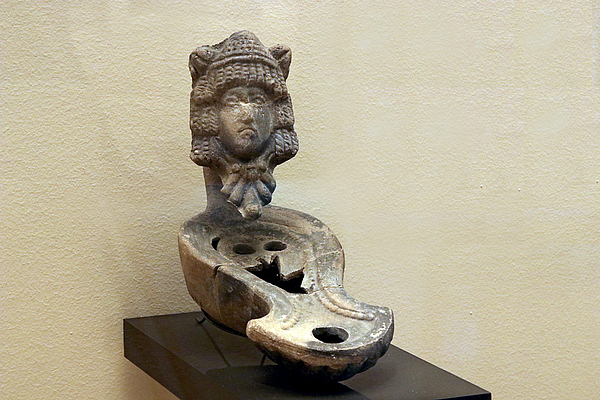 Lamps stood on shelves, tables or in niches. Larger lamps were sometimes hung from the ceiling with fine chains or ropes, secured to small handles or holes in the discus of the lamp. Other special lamps were also sometimes placed on high candelabra, as elevation results in better lighting.

Lamps with handles ending in animal heads, theatre masks or elaborate leaves were originally made in bronze for the wealthy, then imitated in pottery.