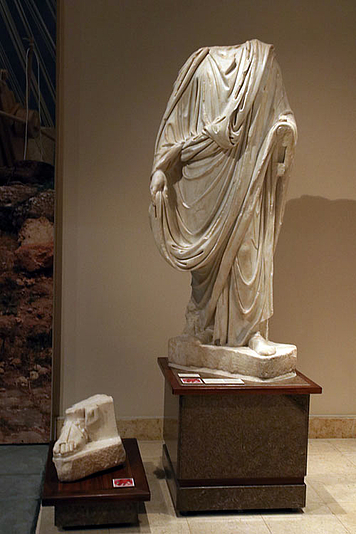 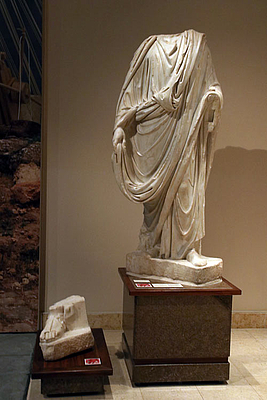 Marble statue of an important man

The portrayed man is wearing a toga, a garment that was only worn by holders of the Roman citizenship, while his shoes indicate his aristocratic social rank (equestrian). Behind him is a basket with scrolls (rotult); possibly he held one of them in his left hand which is now missing.

Such statues were raised at public places to honour Roman magistrates and benefactors of the city. This statue was found in a public building near the eastern baths of Jerash.

The size of this foot indicates that it was part of a colossal honorary statue. The sandal is of a type found in the Levant but could be of Egyptian origin.