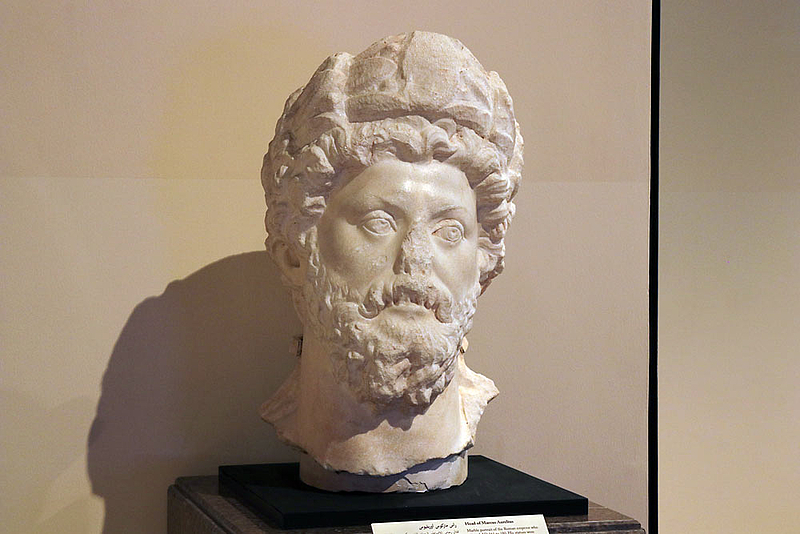 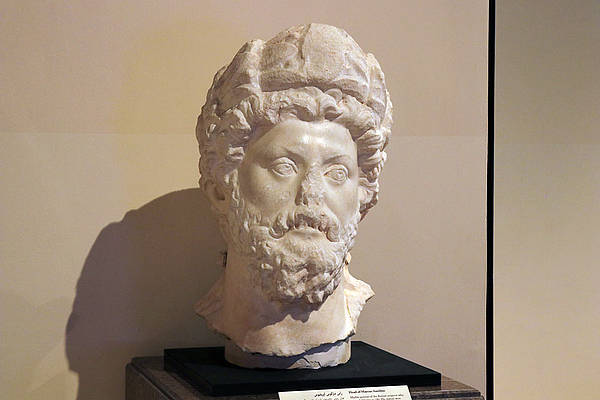 Marble portrait of the Roman emperor who reigned 161 to 180 AD. His statues were raised in cities across the Roman Empire; this portrait was in the exedra of the Qasr al-Bint Temple in Petra. An inscription reveals that it was set there by the governor of Provincia Arabia, Publius Iulius Geminius Marcianus.

A second portrait in the same exedra is of the coregent Lucius Verus, who died 169 AD. 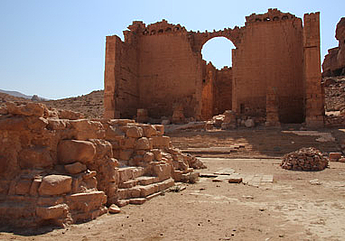 Petra's most important temple whose sacred precinct is accessed through the gate at the end of the Colonnaded Street.