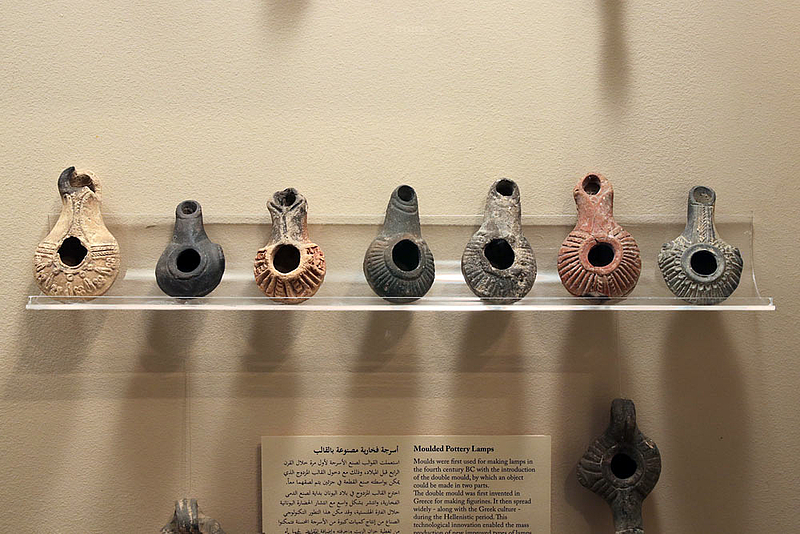 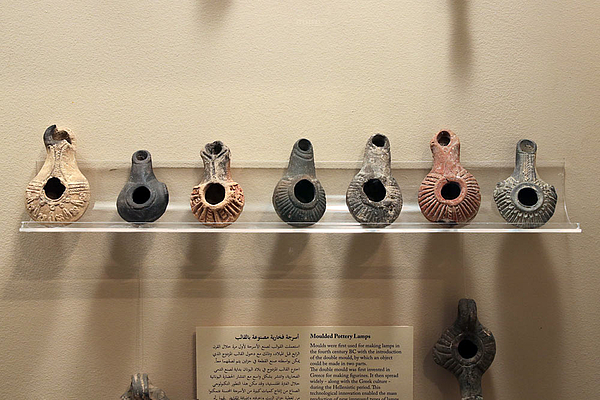 Moulds were first used for making lamps in the fourth century BC with the introduction of the double mould, by which an object could be made in two parts. The double mould was first invented in Greece for making figurines. It then spread widely - along with the Greek culture - during the Hellenistic period. This technological innovation enabled the mass production of new improved types of lamps, with closed tops, decorations and handles. 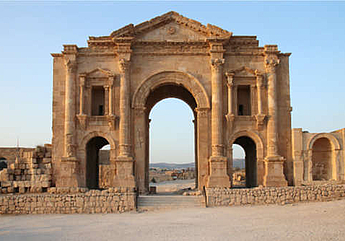 One of the largest and best-preserved late antique cities in the Middle East. Mainly Roman buildings, but also Byzantine churches and Umayyad structures.