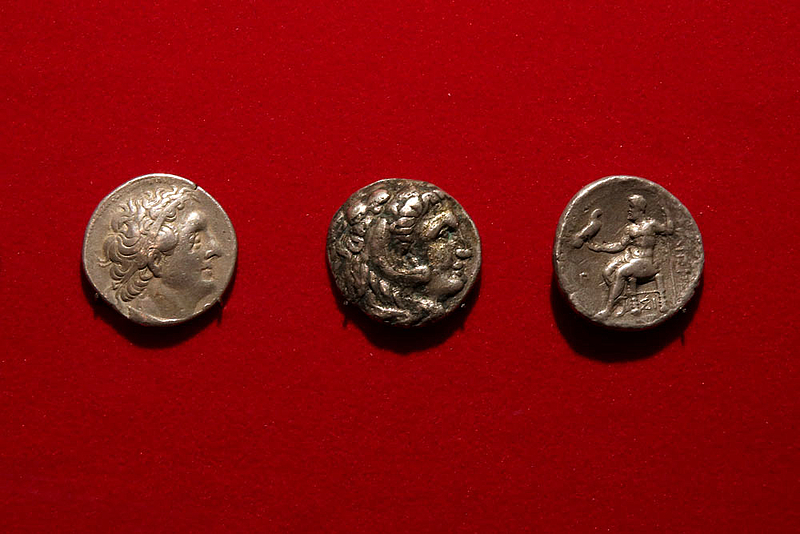 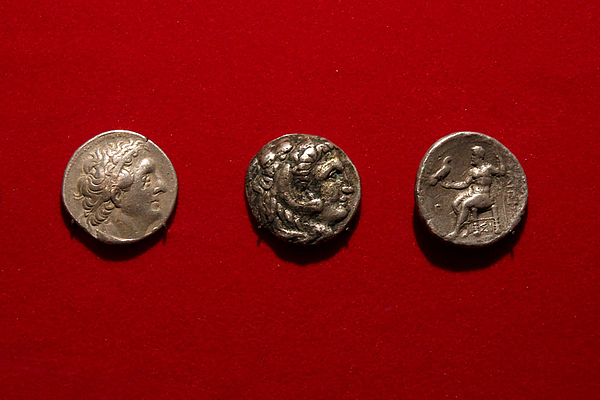 Metal coins were invented in Asia Minor/ Turkey during the seventh century BC. From there they spread westward to Greece and eastward to Persia, then became common in the region of Jordan after the conquests of Alexander the Great.

Hellenistic coins exhibited the interaction of the various cultural elements of that period. The transformation that took place during the Hellenistic period was not limited to politics: substantial social, economic and cultural changes occurred as well. A significant change in conviction took place whereby the purely Oriental concept of the ‘divinity of kings’ became an accepted matter.

Oriental and Western Greek interests, cults and trade were now merged in larger circles of activity. Alexander the Great, whose energy and ambition brought this change to the ancient world, was invested with attribute of divinity and came to be regarded as a "demi-god." The altered political and ideological aspects were soon reflected on coins. Following the representations of gods and their attributes on Greek coins, the head of the deified Alexander appeared for the first time on the obverse of coins, in his capacity as son of Zeus-Amon. Then each of the Ptolemaic and Seleucid kings placed his portrait on the money he commissioned to be struck in his name, while the symbols of the state appeared on the reverse.

This pattern continued to be used on coins for centuries later, even up to the modern times.