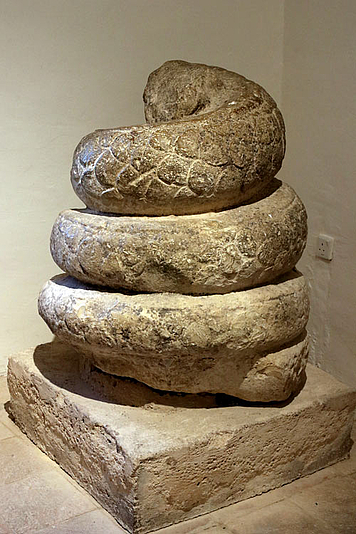 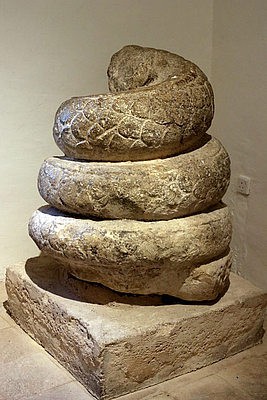 Found in the eastern necropolis. The snake was originally located in front of the façade of a rock tomb, where it was probably placed on a cubic or cylindrical pedestal. According to oral information from F. Zayadine, it was the tomb of the Germani. It remains unclear that this was actually the ancient site, as the piece may have been brought there in modern times.

The execution of the scales, whose edges are sculpturally worked out in various relief planes, can be compared with that of the snake-legged giants of the Pergamon Altar.