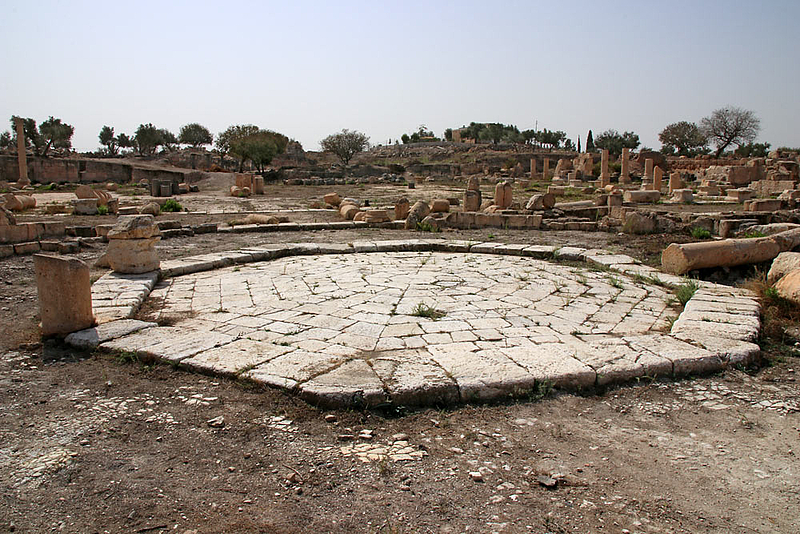 On the south side of the Decumanus, near the west gate from the early Roman Empire and bordering the inside of the city wall, there is a large archaeological area for which we have not yet been able to find detailed information.

The smaller rooms on the street were probably shops, and the octagon on the floor certainly belonged to a macellum (market hall). The large colonnaded courtyard was surrounded by several halls and buildings.

Further south there is a ruin called al-Qasr (see next page).