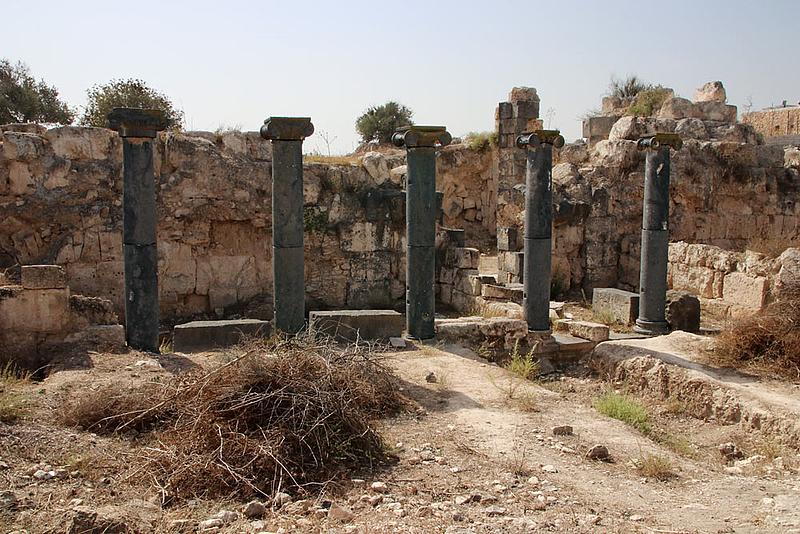 Because of the massive limestone masonry towering up to 5 m, these ruins are called "al-Qasr" (castle) by the locals. Comparisons with similar complexes in ancient cities of the East Bank (e.g. Gerasa) and traces of a water pipe suggest that it could be a bath complex.

In front of the still existing northern hall, the 5 basalt columns with ionic capitals were erected again. The interior is approx. 16.5 x 6 m in size. As can still be seen on the west side, semicircular apses had been built into its corners.

To the south, a T-shaped tract of about 48 x 20 m with several rooms, of which hardly anything has survived, adjoined this building.