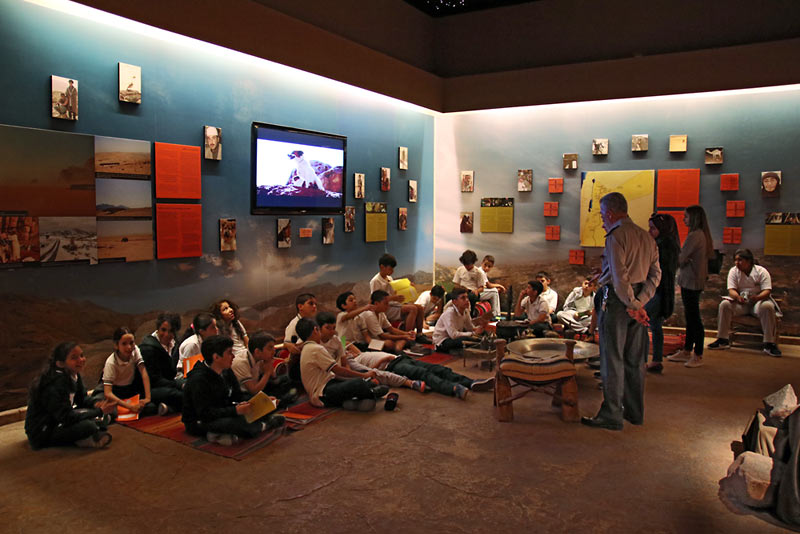 Bedouin tribes have lived in Jordan for millennia. Their nomadic lifestyle means that their belongings and utensils must be easily packed, light weight and multi-functional. Most nomadic goods are made from organic materials, particularly animal products such as hair and skin. Because of the nature of their lifestyle, Bedouins have left little trace in the archaeological record except for their inscriptions.

About the rock inscriptions 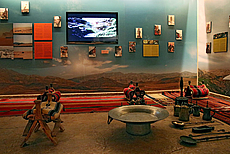 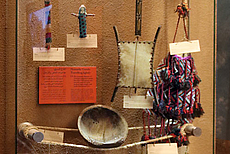 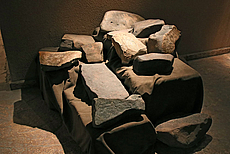 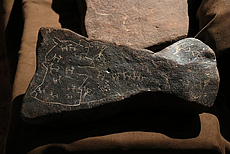 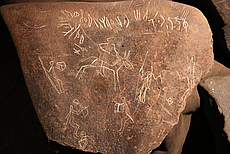 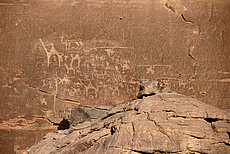 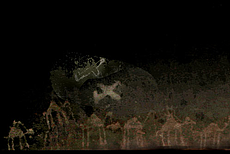 Inscriptions of the Nomads

Inscriptions and drawings made by nomads over the centuries, and up to the present, are scattered across the Jordanian desert. The best known among them are the so-called "Safaitic" inscriptions usually found in the north, and their "Thamudic" counterparts in the south. These inscriptions were left by groups of Arabian tribes, mostly between the first century BC and fourth AD, who communicated in two ancient North Arabian languages, using similar scripts affiliated with the South Semitic script. The writings usually contain the name of the author, his tribal affiliation, prayers to the gods, request for better health, and longing to the loved ones. These are often accompanied by drawings from the desert life such as camels, horses, wild game and hunting scenes.

Inscriptions give a perspective of the culture of the Arab tribes in pre-Islamic times; they particularly reflect the high level of literacy among their populations.

© From wall texts in the Jordan Museum

The name "Safaitic" is derived from the Safa Mountain, in the south-east of modem Syria where many inscriptions are found. They are also found in large numbers around Umm al-Jimal, al-Azraq, Jawa, Jathum, Madaba, Jarash, and Irbid in Jordan; and Baalbek in Lebanon. The inscriptions were usually made on isolated large stones, but also on heaps of rough stones (cairns) that were used as surveillance points and road markers for the caravans, or as tombs. When the Ghassanid tribes began to emerge as a political power in the fourth century AD, Safaitic inscriptions became less common, though they may have continued up to AD 613/ 614.

The name "Thamudic" is derived from the Thamud tribes who were mentioned in the Holy Quran among the extinct Arabian tribes, although researchers agree that they were not the only ones who produced the inscriptions known by their name. Thamud were first mentioned in the Assyrian annals when King Sargon II (721-705 BC) defeated the "tribes of Thamudi" in northern Arabia. Centuries later, Ptolemy (AD 138-165) mentioned them in his Geographia as residing in northwestern Arabia including the Gulf of Aqaba; this was a region where trade routes that connected Syria, Egypt, Palestine, Arabia and Yemen intersected. Thamudic inscriptions are found in large numbers at Hisma and Wadi Rum in southern Jordan, and in Mada’in Salih, al-Jawf and Tabuk in northern Saudi Arabia. These tribes lived at the borders of the Nabataean Kingdom, and were most probably influenced by the Nabataean culture.