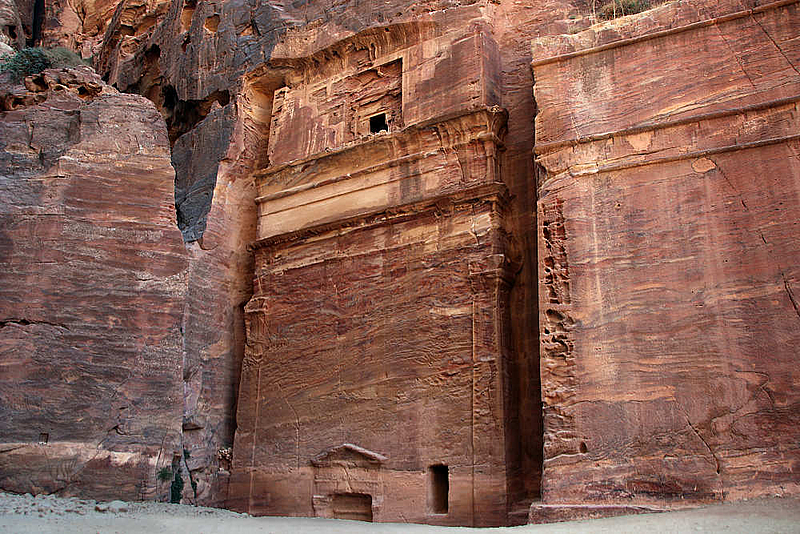 next
prev
detail
Tomb BD 67, detail of the facade with the chamber opening
© Foto: Haupt & Binder

In this area it is clearly visible how much sand and debris have been carried away and accumulated over centuries by repeated flash floods. The rubble reaches to the upper edge of the tomb's doorway.

An unusual feature of the Hegra tomb is the opening to the burial chamber far above, framed by small pilasters with Nabataean capitals and a triangular pediment on top (see the detailed photo among the sliding images). On both sides of it, one can see the half-merlons, typical for stepped tombs as well as Proto-Hegra and Hegra. Remains of painted stucco were found on the facade.

Among the local Bedouins, legend has it that a thief took refuge in the upper chamber for some time. Hence they call it the "thief's tomb."