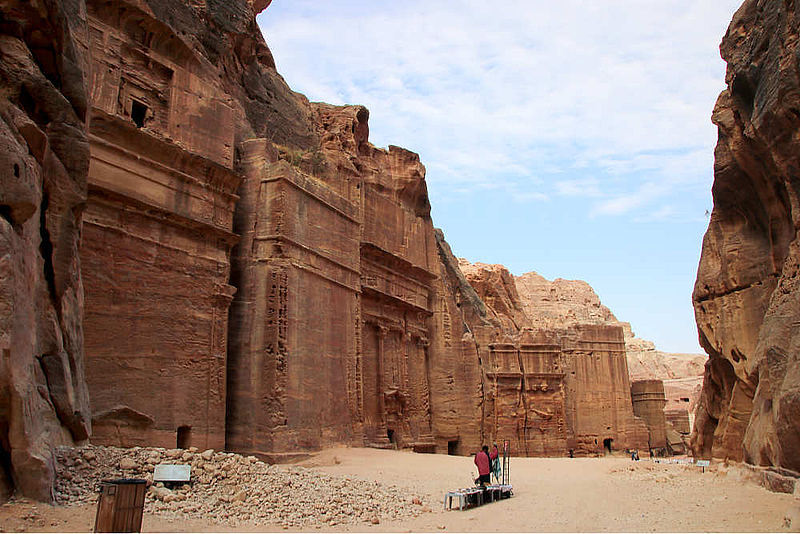 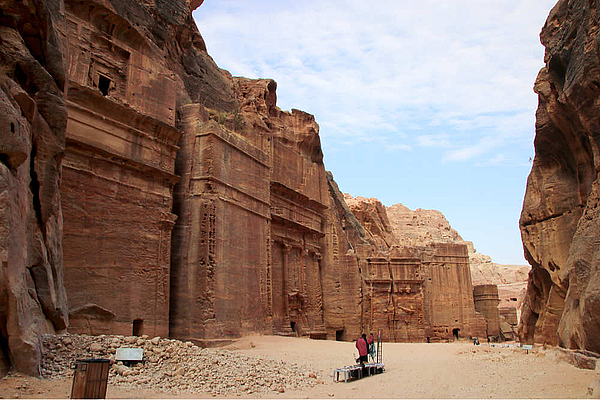 After the narrow passage, the gorge opens up, and on the left side one can see large tomb facades carved out of the rock, which stand side by side like a row of houses along a street. All of them are of the basic Hegra type and were probably built in the period from the last third of the 1st century BC to the middle of the 1st century AD.

On closer inspection, remains of the carved decoration can still be seen on the heavily weathered walls. All these facades as well were probably covered with light stucco and painted in colour, which is confirmed by traces found on tomb BD 67 (the leftmost one).