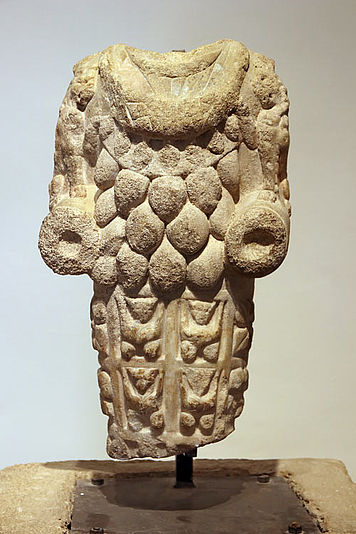 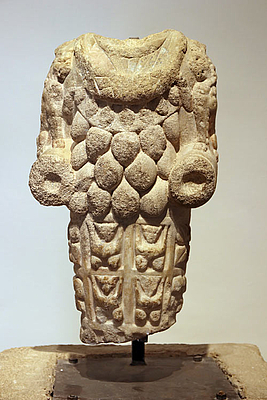 Torso of a highly simplified replica of the Artemis type in the temple of Ephesus. Artemis, the goddess of the hunt, was beside Zeus the most important deity of the Greek-Roman Decapolis.

Possibly a work from Anatolia, from the second half of the 1st century AD.
White marble. H 46 cm.

Found in 1988 east of the podium monument, reused in a late antique spolia wall.