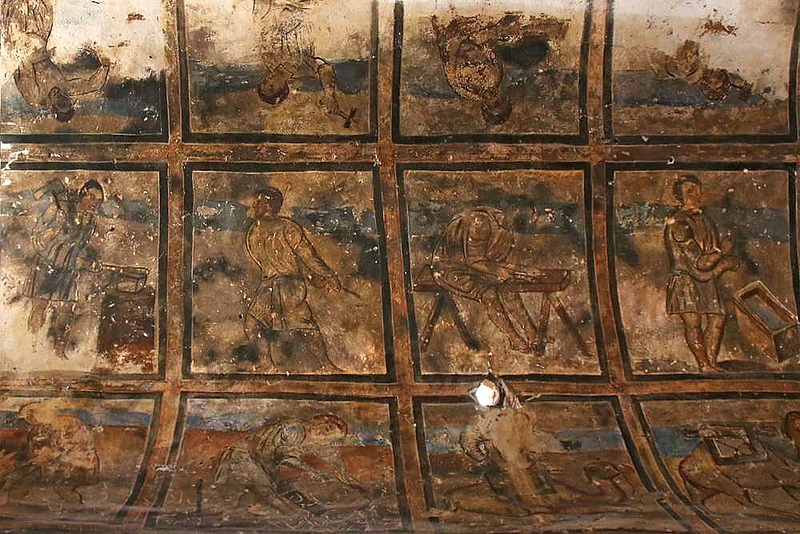 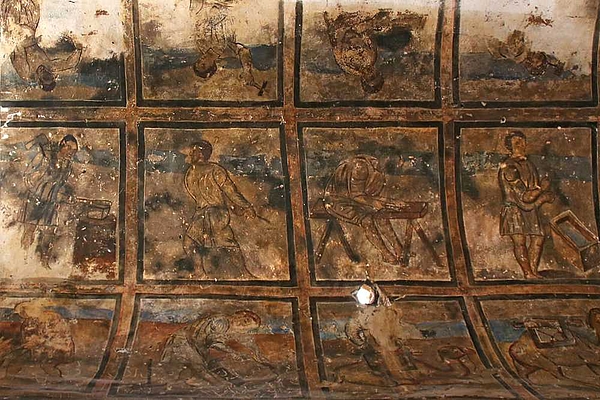 The eastern vault is divided into 32 panels in four rows of eight. The panels depict various trades connected with construction work. They include blacksmiths, carpenters, masons, stone-cutters carrying different tools such as saws, punches, pick-hammers and chisels. They wear sleeved tunics which reach to slightly above the knee.