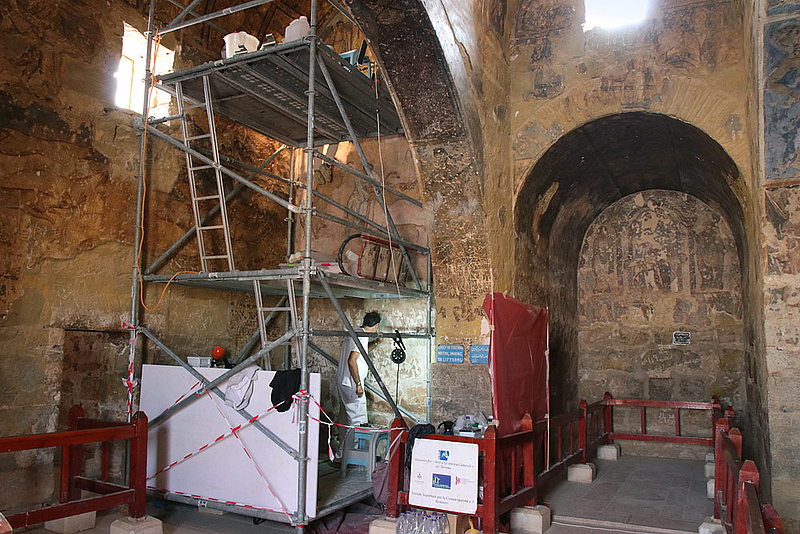 On the axis of the entrance to the audience hall is the throne alcove. Its back wall is decorated with the picture of an enthroned ruler flanked by two attendants carrying fly whisks over the throne. The ruler, who is referred to as a prince (Amir) in a band of Arabic inscription written in Kufic character, above the throne, sits on a baldachine throne set within a structure of two columns carrying an arcuated lintel. Perched on the capitals and apex of the each are three birds. A frieze of similar birds is placed around the curve of the arched back wall.

Italian conservators working at the eastern aisle of the audience hall, 2017.