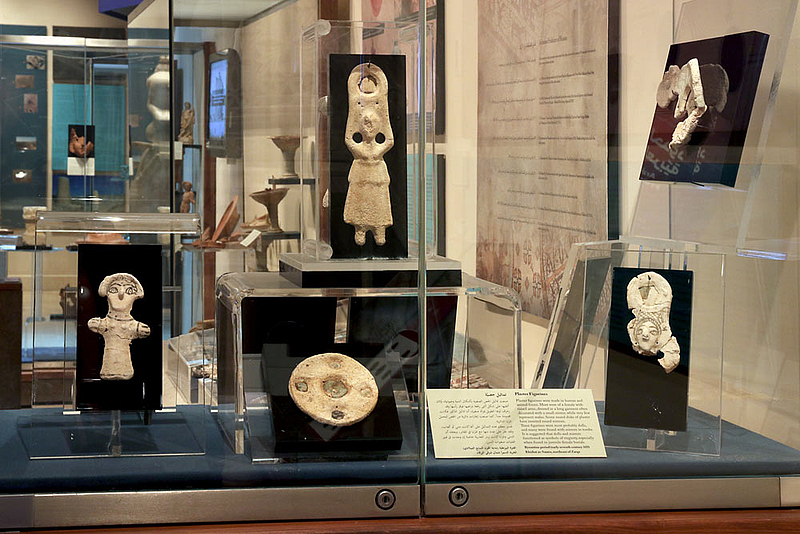 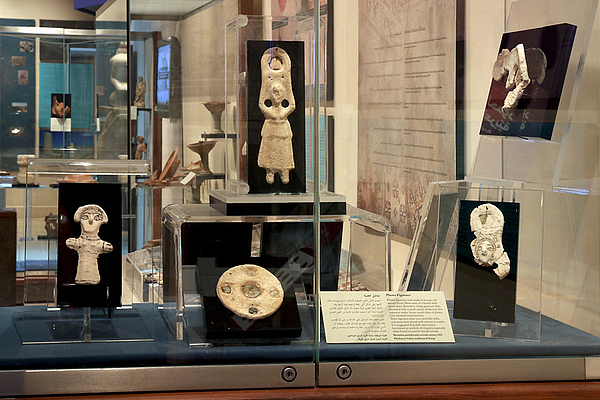 Plaster figurines were made in human and animal forms. Most were of a female with raised arms, dressed in a long garment often decorated with a small mirror, while very few represent males. Some round disks of plaster have inserted round mirrors.

These figurines were most probably dolls, and many were found with mirrors in tombs. It is suggested that dolls and mirrors functioned as symbols of virginity, especially when found in juvenile female burials.