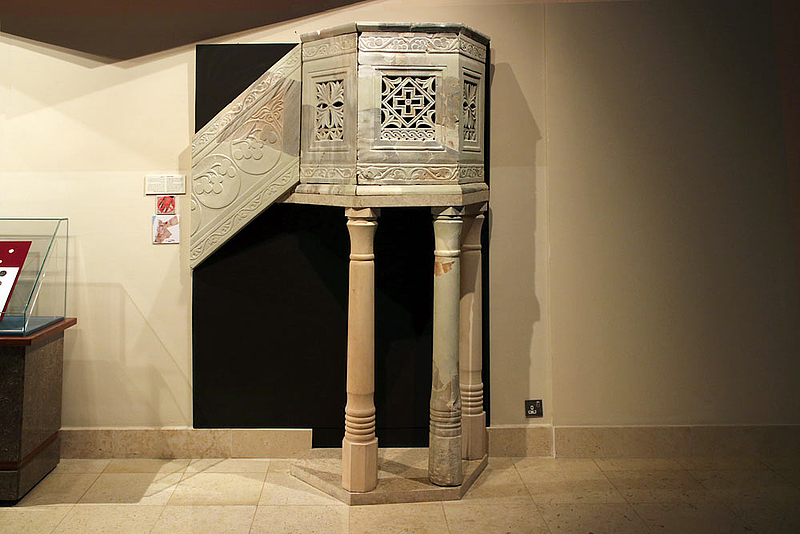 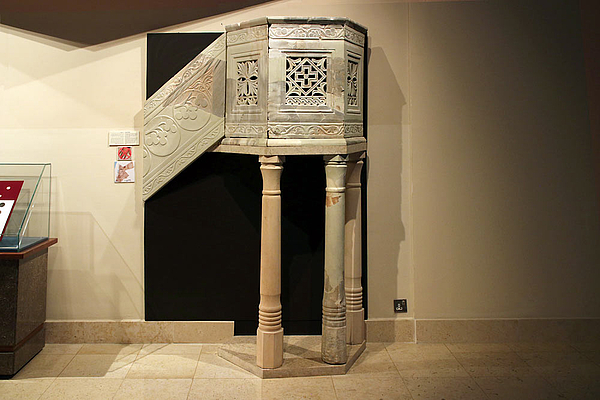 This pulpit was found broken into pieces at its original location in the "Blue Chapel”, on the northern ridge of the Petra city centre. Petra was a Bishopric See during the Byzantine period.

The pulpit was hexagonal in form, supported by six columnettes on a limestone base and accessed by steps. Its marble is not local to Jordan; it was most probably imported in worked panels from Turkey and then assembled on location at the chapel.