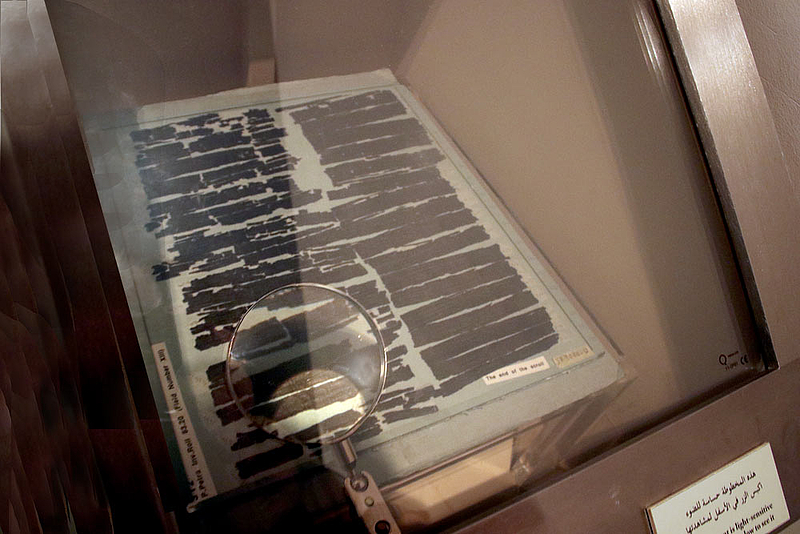 The papyrus exhibited here was named after the late King Hussein and Queen Noor in 1995, when they ‘adopted' the papyrus and its conservation. It is 620-650 cm long and 28cm wide, so only part of it could be displayed here. The text consists of 523 lines, written in Greek which was the official language at the time.

The document records the settlement of a dispute by arbitration, between the neighbours Theodoras son of Obodianos and Stephanos son of Leontios, who owned property in Sadaqa (which is around 25 km southeast of Petra). The issues under dispute were first very concisely listed by the scribe; then they were discussed at great length by the parties; and finally, they were decided upon by two arbitrators.

Around 140 burnt papyri, which are dated to the sixth century AD, were discovered in 1993 in a side room of the Byzantine church in Raqmu/Petra. The papyri are documents that deal mainly with financial and legal concerns of a Christian family. They were kept by a family member, Theodoros, son of Obodianos, who presumably held a high position at the church.

This private archive conveys a rather unexpected impression of Petra in the sixth century. Contrary to the formerly dominant opinion that Petra was at that time an insignificant place, the archive reveals that it was still a major provincial town.

The municipal administration is abundantly attested, particularly taxation, as well the priestly hierarchy. It reveals that Petra had a wealthy upper class that based its wealth on wide-ranging land ownership and agricultural production, not only in the vicinity of Petra, but also in places as far as Gaza. It also shows that most of its inhabitants at that time were Christians.

The language of the papyri is Greek, in accordance with the Byzantine system of administration at that time. However, other linguistic material occurs such as Latin. Some personal names, such as Dusarios and Obodianos might have been derived from the Nabataean names Dusara and ‘Ubadah. More important are the Arabic words and phrases in Greek transcription. These Arabic elements consist of place names, names of houses and parts of houses and personal names, such as Bayt al-Menam "house of sleep," Darat al-Akbar "The villa of the Elder" and al-SuIlam "the terrace." This points to an Arabic-speaking environment in general.

This evidence of Arabic is welcomed by scholars interested in the history of Arabic, since it introduces unknown information about Arabic in Southern Jordan, a century before the Islamic Conquests. 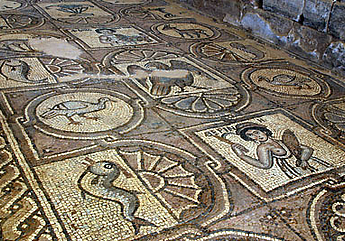 The site surprises the visitor with exquisite and well-preserved figurative floor mosaics, created in the 5th and 6nd centuries AD.