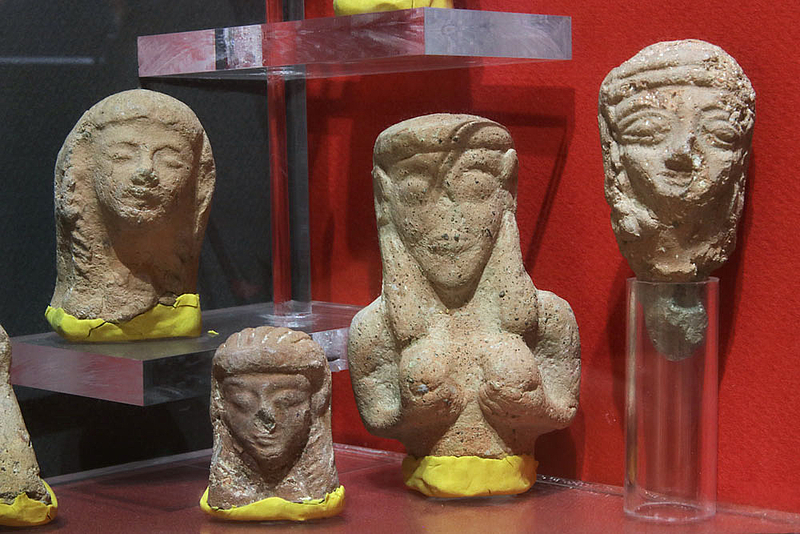 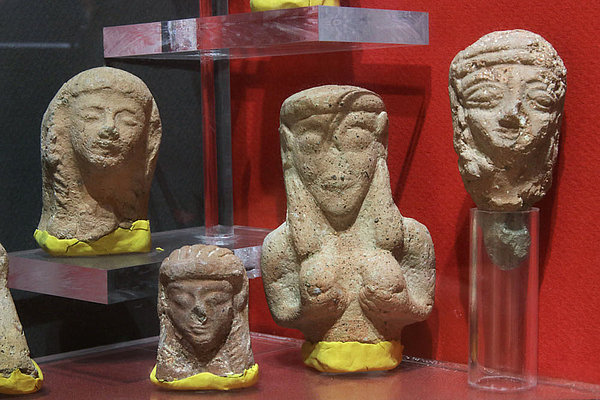 The most common figurines were of women holding their breasts, probably depicting Astarte, the goddess of fertility and love.

Figurines: The Spiritual and the Secular

Many pottery figurines have been found at Jordanian Iron Age sites, mostly from the Iron II period (after around 1000 BC). The majority of these figurines are female or animal; human male figures were rarely represented.

In general, figurines were associated with religious beliefs, with the female figures showing aspects of a fertility goddess. They were often represented in the form of a nude woman wearing jewelry, sometimes shown pregnant and holding her breasts or a tambourine. Bull figurines, meanwhile, may have represented Ba' al, the god of fertility, strength, and storms. Human male figurines probably represented warriors or travelers to the gods. The figurines of camels, rams, and other similar animals indicated that animal sacrifice existed.

Animal figurines also had secular functions, particularly those found in residential buildings. They might have been ornaments or toys for children. The ‘horse and rider' collection that combines both human and animal in one figurine is of special interest. These figurines show the gear of the horses and riders in great detail, thus reflecting the importance of horsemanship as a military value and its association with wealth and social status.