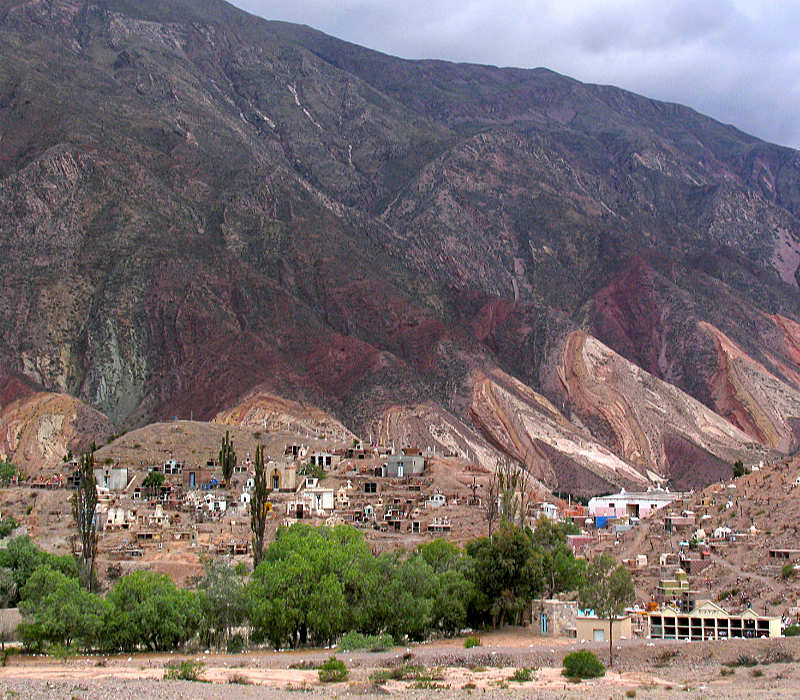 The Quebrada de Humahuaca is a mountainous and semiarid valley located in northwestern Argentina in the province of Jujuy. It forms a natural corridor in N-S direction of 155 km in length at an altitude of about 3,000 to 2,000 m along the basin of the Rio Grande. The Quebrada, whose name comes from the originary peoples who populated it, the Omaguacas, is flanked to the west and north by the Andean plateau (Puna) and to the east by the Sub-Andean hills.

Its use as a road system for physical links and economic, social and cultural articulation, both in a north-south and east-west direction, has been constant throughout the ten thousand years of human history in the region up to the present day. The population maintains its traditions in a unique cultural landscape which evidences a long and intense relationship between the people and their natural environment. For this reason, the Quebrada de Humahuaca was declared World Heritage by UNESCO in 2003.

Archaeological and architectural sites bear witness to its long and rich history. There are visible traces of prehistoric hunter/gatherer communities and early farmers (9,000 BC to 400 AD), structured agricultural societies (400-900 AD), pre-Hispanic cities and towns (900-1430/80), the Inca empire (1430/80-1535), Spanish settlements, churches, and colonial posts (1535/93-1810), and traces of the Struggle for Independence.

In the current culture of the Quebrada de Humahuaca, traditional expressions and ancestral knowledge intermingle with contemporary forms while maintaining their character, identity and vitality, which can be seen, for example, in the music, language, oral traditions, religious practices - where pre-Christian beliefs such as Pachamama co-exist with the Catholic faith -, festivities, food, crafts and art. In the province of Jujuy, according to the 2010 National Census, 52,545 individuals (7,8% of the population) claim to be descendants of or belonging to indigenous groups (pueblos originarios), for example 6,146 of them are of Omaguaca origin.

(Summarized from information of the UNESCO Nomination, and other sources.) 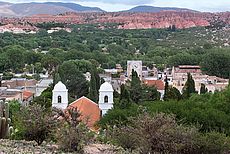 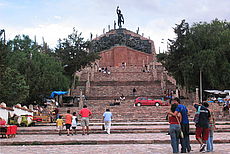 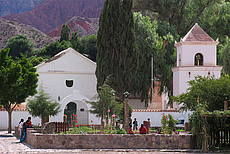 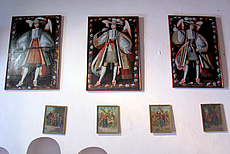 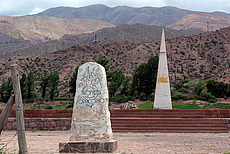 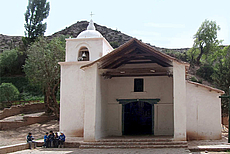 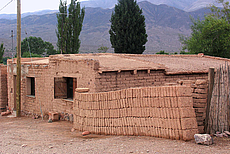 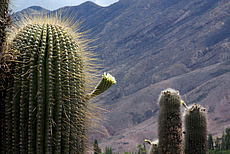 Quebrada de Humahuaca
The Quebrada de Humahuaca in the province of Jujuy has its southern point in the locality of Yala at an altitude of 1639 meters above sea level, 15 kilometers from the provincial capital. The northern point is the locality of Tres Cruces at 3693 meters above sea level. The distance between these two places is 168 km along the National Route RN9.

Pachamama, or Mother Earth, is a protective deity venerated in northwestern Argentina. This cult of pre-Inca Andean origin coexists with the Catholic faith.

The rites take place at different times of the year, but August is the month dedicated to her, when the earth is "open" or "hungry" and it is necessary to "give her food and drink" to ensure well-being for the coming year, ward off disease and bad luck. In the "corpachada" ceremony, offerings are deposited in a hole dug in the ground. It is usually performed in the same place, reopening the hole from the previous year. Food specially prepared for those days is offered, such as tistincha (stew prepared with lamb or llama), chicha (fermented corn drink) is poured and coca leaves and cigarettes and different amulets are placed, incense is lit with herbs from the puna, accompanied with prayers and invocations.