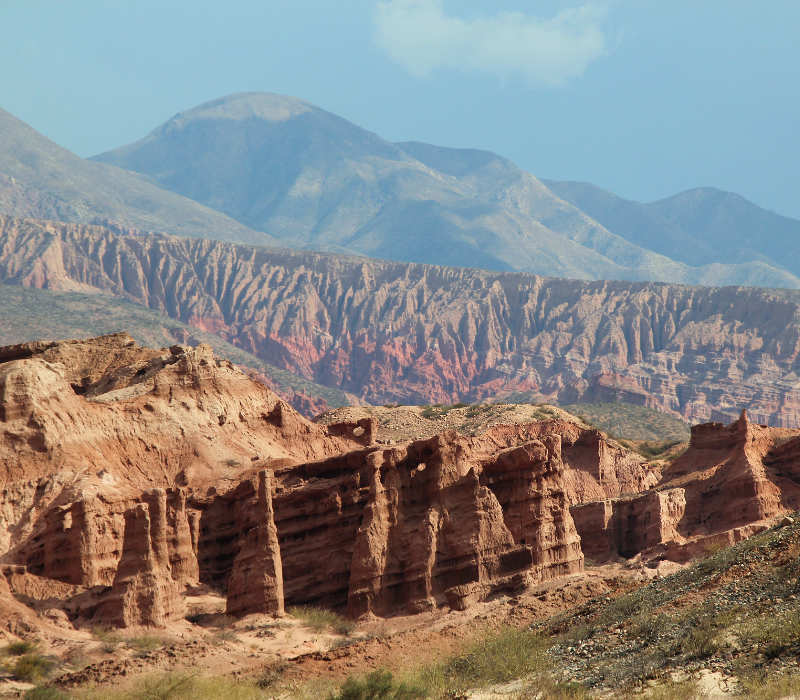 The Quebrada de las Conchas (Canyon of the Shells, also called Quebrada de Cafayate) is one of the most spectacular landscapes in northwestern Argentina. It is crossed along its entire length by National Route 68, which runs from the provincial capital of Salta to the small town of Cafayate, about 190 km away, and is therefore easy to reach. From numerous stops you can enjoy panoramic views over the valley of the Río de las Conchas and the surrounding mountains, admire bizarre rock formations and, best of all, hike through the nature reserve, for which you should take your time.

The Quebrada got its name because of the fossilized shells that exist there. Also the many fish fossils and other paleontological findings from the Cretaceous period prove that this area once belonged to a primeval ocean. The rich variety of formations in the landscape was created by tectonic shifts, folding and fracturing of sedimentary layers from the Cretaceous to the Tertiary, volcanic activity, earthquakes and millions of years of erosion by water and wind.

Various traces of human presence since the Formative period (10th to 6th centuries BC) have been discovered there as well, including rock paintings and ceramics. Very close to the rock group "Las Ventanas" (the windows), archaeologists found remains of a constructed Inca trail.

The about 75 km long canyon begins some 15 km northeast of Cafayate at the point where the Calchaquí and Santa María rivers join to form the Río de las Conchas, and extends to the area south of the former Alemanía railroad station. 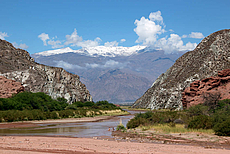 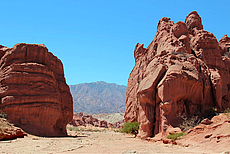 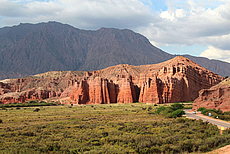 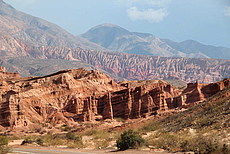 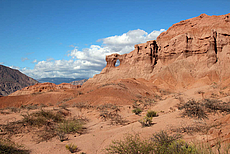 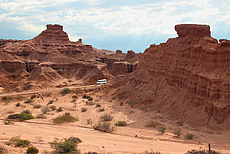 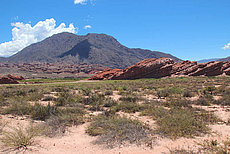 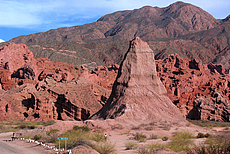 Quebrada de las Conchas
The Quebrada begins at the point where the Calchaquí and Santa María rivers join to form the Río de las Conchas, and extends to the area south of the former Alemanía railroad station.