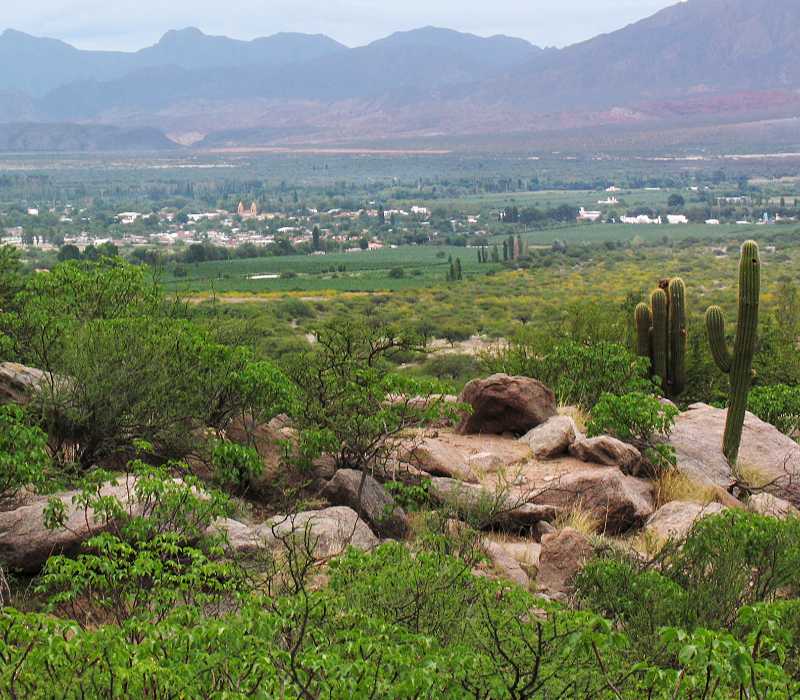 The city of Cafayate in the heart of the Valles Calchaquíes, at about 183 km from the provincial capital of Salta, is the center of one of the most beautiful and famous wine regions of Argentina.

Founded in 1840 by Manuel Fernando de Aramburú, with a current population of almost 19,000 inhabitants, it preserves the characteristics of its traditional architecture and atmosphere. In front of the beautifully wooded main square is the five-nave Cathedral from the end of the 19th century, dedicated to the Virgin Our Lady of the Rosary. It houses an image showing the virgin seated, which is why the locals respectfully call it "La Sentadita" (the little seating one).

Around the square there are numerous typical restaurants with tables on the sidewalk and two handicrafts markets that sell weavings, silverware, carvings and pottery directly from the producer or from regional cooperatives. A few blocks away you can visit the Wine Museum and a small private museum that houses the archaeological collection of Professor Rodolfo Bravo.

Cafayate has a dry and temperate climate, with temperatures ranging from 5°C to 25°C, ideal for growing grapes. World famous are its "high altitude wines", especially the Torrontés (white) grown in vineyards located more than 1,600 meters above sea level, which gives the wine a special character and unique flavor. Other grape varieties are also grown, such as Cabernet Sauvignon, Malbec, Tanat, Bonarda, Sirah, Barbera or Tempranillo. The wineries offer visits to their vineyards, with presentations and tastings, some even have a gastronomic service and boutique hotel.

Just 7 km southeast of Cafayate, near the Finca Las Nubes Winery, you can access the Divisadero Ruins and the Suri Cave, and see ancient mortars dug into the rock, as well as a series of petroglyphs, while enjoying a panoramic view of the city at the bottom of the valley. 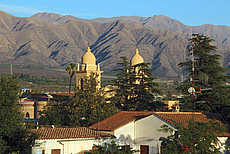 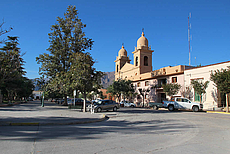 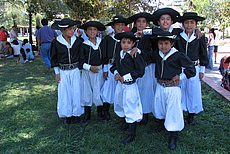 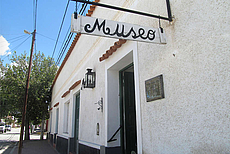 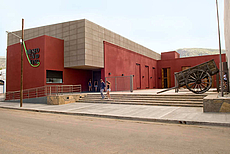 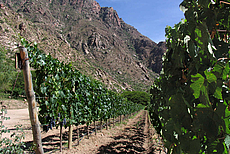 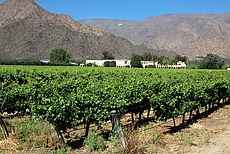 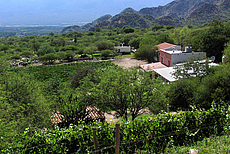