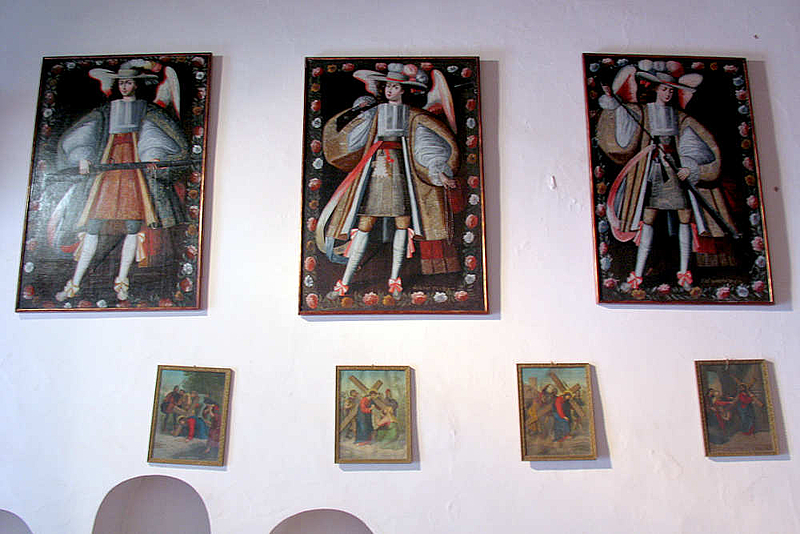 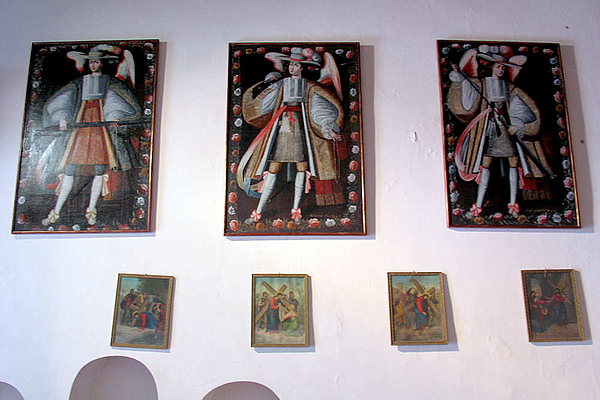 The Arquebusier Angels of Uquía

The pictorial ensemble that can be admired in the church of Uquía constitutes one of the few complete series of Arquebusier Angels in the Andean colonial world. These oil paintings are attributed to the Cuzco school of the XVII/XVIII century, a painting tradition that emerged in the viceroyal city of Cuzco in Peru, whose baroque style integrated catholic iconography with motifs of the indigenous imaginary.

Nine Archangels in the Spanish military attire of the time, with wide-brimmed hats and brocade suits, hold arquebuses (ancient firearms) in different postures. They are framed with chains of flowers, and each one is identified by name.

Researchers believe that this type of representation was an attempt to establish a bridge between the Catholic cult and ancient pre-Hispanic winged divinities.